'I would have died in my sleep,' Ghost Mulee on scary diagnosis

Ghost Mulee open up about the sleep apnea diagnosis

• Ghost Mulee revealed, "while in my sleep I could not breathe for one and a half minute as my oxygen levels had gotten to 73%, I could have gotten a stroke."

• I was brought a piece of ‘meat’ that was removed from my throat. 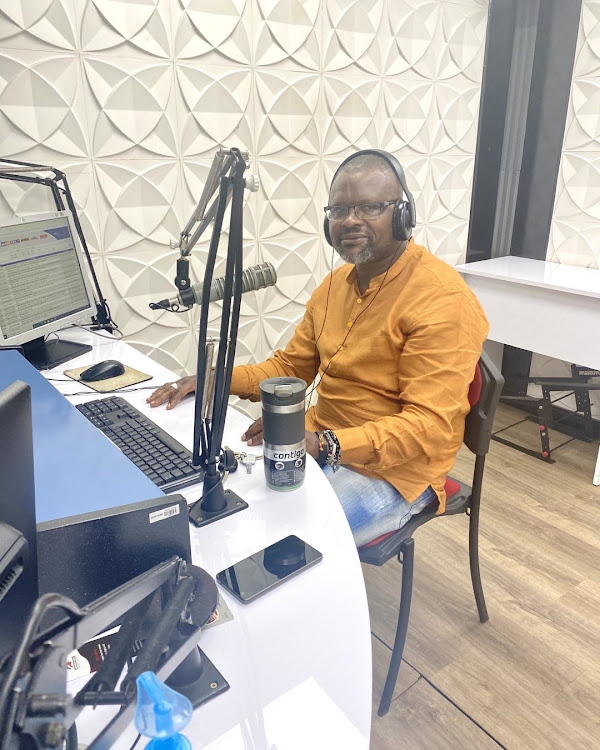 Harambee Stars coach, Ghost Mulee has opened up on how he was discovered to have a life-threatening health issue while travelling to India to donate a kidney for his brother.

The Harambee Stars coach travelled to India to have the life-saving surgery not knowing he was the one in need of surgery.

Speaking during an interview with Bonga na Jalas, he shared,

"I had wanted to go to India to have whole body tests and make sure my body was in good health.

So I had a whole body test and everything was OK.

I was brought a piece of ‘meat’ that was removed from my throat.

But when I went to have an ENT  test, they told me they had seen a problem, they decided to do a sleep study on Saturday so that I would come back home on Sunday.

When the results came back the doctor told me to thank God that I was alive.

The doctor told me I had severe obstructive sleep apnea and I was to do a robotic surgery which would cost 600k.

I contacted my insurance and they said they do not cover such ailments."

Ghost then decided to go through with the surgery as he was already in India a country famed for its affordable health care.

"There were no beds, there was no oxygen but my doctor found a way to do the surgery. Everything went well.

I was brought a piece of ‘meat’ that was removed from my throat."

Bien Barasa of the boy band Sauti Sol is scared for his life after a BBC report said that bald men are being killed and their heads used for rituals.
Entertainment
1 year ago

Ghost says the surgery has changed his life forever.

"Before the surgery, I would be driving and fall asleep by the roadside.

I would tell my wife I slept outside but she would never believe it. I would get allergies when I entered a dusty room."

Adding, "The sleep study also found that while in my sleep I could not breathe for one and a half minute as my oxygen levels had gotten to 73%, I could have gotten a stroke.

I was weighing 87 but my doctor told me I have to maintain a weight of 75-80 kgs for the rest of my life.’He shared adding that he now sleeps like a baby."

Businessman narrates gruelling ordeal during robbery at his Muthaiga mansion

A gang on Sunday raided the home of businessman Harish Patel in Nairobi's Muthaiga area and made away with money and jewellery of unknown value.
Entertainment
1 year ago