'It is not easy to give your daughter away,' DP Ruto's moving speech at wedding 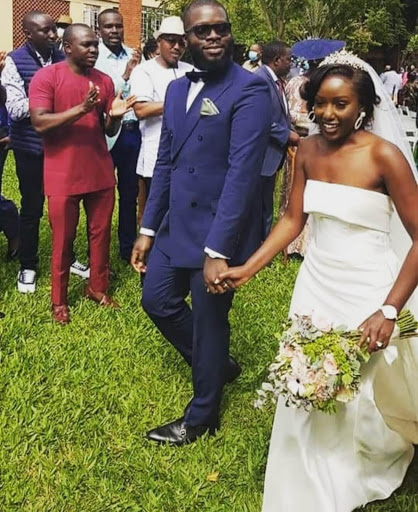 Deputy president William Ruto revealed that letting go of your daughter is not an easy thing. More so, giving her away to someone who live miles away is that much harder.

Speaking at the after party, Ruto said,

"It is not easy as a parent giving away your daughter. It is that much difficult when you are giving your daughter away to Nigerians."

"It is even much more difficult when you are giving your daughter to Igbos."

Ruto narrated the first time he met Dr Alexander Ezenagu and what he told him.

"When I first met Alex, I told him a story of a notorious guy called Chinedu who gave us a lot of trouble."

Controversial Nigerian businessman Anthony Chinedu came into the limelight when he was arrested in his house with 10 grammes of heroin that he is believed to have either been using or intended to traffic.

Beside that Chinedu and his estranged wife Joyce Akinyi were embroiled in a tussle over control of property the dramatic proceeding kept Kenyans intrigued in their life.

Chinedu has also in the past fought deportation charges by authorities and succeeded.