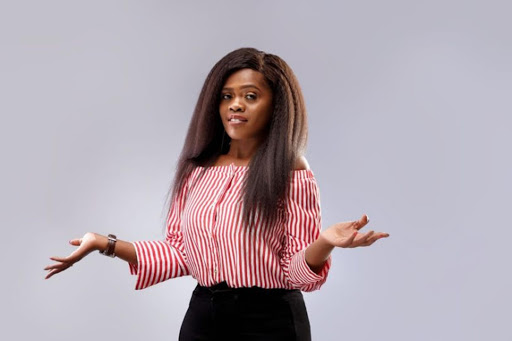 Singer Betty Bayo, who is the ex wife of Pastor Kanyari has found love again.

The 11th hour hit maker, has posted her picture with the new man, hiding his face from the public.

"Respect a man who can heal a heart he didn't break and raise a child he didn't make.😘😘😘 .something cooking. Only Jesus can do this," she wrote.

In December 2020, she posted a cutout picture of her fiancé on one knee, putting the engagement ring on her finger with the caption, 'Taken'.

Her ex husband, Pastor Kanyari said that she was in a hurry to get married, which was not good for her.

"Hii ni mbio ya farasi na punda. I do not know why she has rushed things since I did not expect her to be with that kind of a man. I expected a different kind of man. I am cuter..." he said.

Speaking to Word is, Kanyari said that he knew the man, who was a divorcee that had abandoned his wife and children.

"He is a man who left his family, a wife and two children somewhere. She did not look for Jesus, tell her to marry a holier 'Jesus' kind of a man so she can surprise us, not a man who has been used somewhere." Kanyari said.