Nicah the Queen blames mother for piercing her body unwillingly 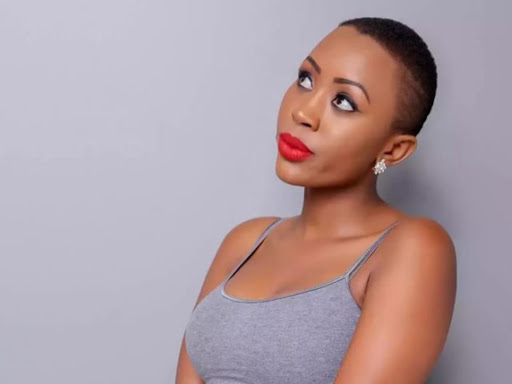 Gospel singer Nicah the queen has said she is not fascinated by tattoos and other body piercing and blames her mother for one on her ear.

Speaking to Mpasho, the mother of two said that her mother infringed her right to make a decision by piercing her ears when she was a baby.

"The only piercing i have on my body, is one on my ear, and its because my mum pierced me when i was very young. Upto today i still question her on why she did it. She did not ask me, she would have waited for me to grow up and make my own decision," said Nicah.

After questioning her decision, Niccah said that her mother did it to give her a  gender identity.

"She said my hair was not growing and she decided to pierce my ear because people were constantly asking her if i was a boy. As a parent, i waited for my two girls to grow up and make their own decision to pierce their body."

On christians getting a tattoo, Nicah said that it is a personal choice and does not draw one further from God.

"It doesn't describe who you are before christ. Some of us made mistakes in the past, you can be a born again Christian and go through something in life that inspires you to get a Tatoo. When we die, it is not our body that will be united with christ, but our spirit,"

A few months ago, a video of Nicah dancing in church went viral, and many described it as a ratchet dance at the place of worship.

The singer has defended her actions, saying that the video attracted people to church.

"I had not even seen the video, my sister is the one who took them and posted. 5 days after, it was trending on twitter. Later on when people came to church and gave their lives to christ, i was like, it was for a reason." she said.