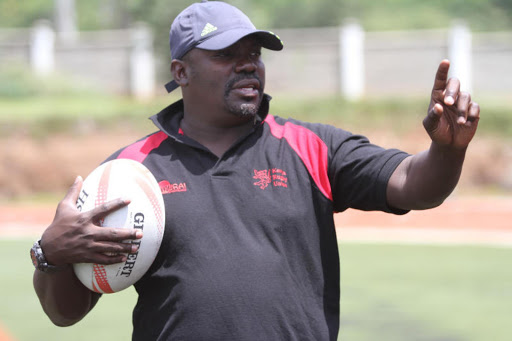 Actress Nyaboke Moraa, one of the baby mamas of late rugby star Benjamin Ayimba is agitated by the mistreatments she is facing from relatives, failing to recognize her kids.

According to Moraa, a female member of Ayimba's family has been constantly insulting her two boys, calling them 'chokoras.'

In a post on her Instagram page, Moraa called out the unnamed relative, warning her that Karma will one day act against her.

"A single woman with a child,never married has the audacity to constantly call my babies bastards and street chokoraas.A woman who was helped raise her own child unlike me who raises hers alone.I was always told to be the bigger person,to calm down and oh understand she has kichwa mbaya.......I always kept calm,but now again calling my kids the same?Can't she just respect even her own sibling????" she wrote.

The former Kenya Rugby coach died on May 22 at the Kenyatta National Hospital while undergoing cerebral malaria treatment.