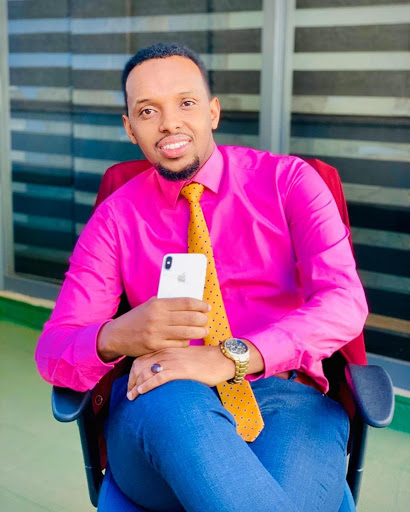 Alinur Mohammed alias 'Somali Bae' has come to the rescue of musician Embarambamba amid public criticism over his raunchy dancing video.

He has promised to help the gospel artist to find the right track to nature his music career.

"Unlike most people I am not going to take a back seat and just condemn Embarambamba without offering him any help. It's evident he has a problem. Now his career is half dead. He urgently needs help or we'll lose this rare talent. I am going to find him and help him immediately," Wrote Alinur Mohamed.

The Somali Bae has stood firm to defend Embarambamba despite other Kenyans  castigating him for dancing with a woman in a compromising position at a night club.
Led by KFCB boss Ezekiel Mutua, many have termed his actions as gross misconduct that must be stopped.
After receiving backlash, Embarambamba defended his actions, saying that Kenyans are quick to judge his actions instead of listening to the message in his songs.