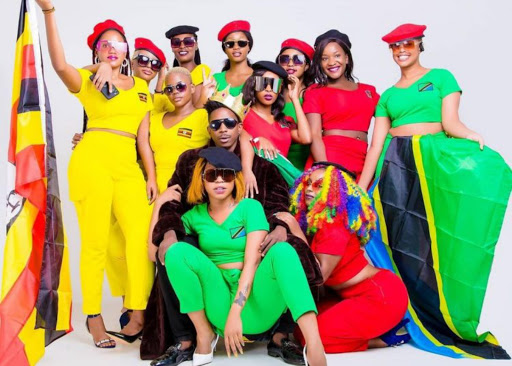 According to Gigy, Eric has subjected her to online trolling as fans insinuate she is the reason for the cancellation of the show.

The socialite accused Eric of disrespecting women and using the casts to make money for himself.

"So Erick you call me here nitukanwe cos unapata deals and uwarekodi watu bila kujijua unatufanya sisi vituko, you know what you will regret this and you will never forget your wives ... do even have a sister Erick if I tell people why the show is not continuing will you blame me," wrote the Tanzanian Socialite.

She further accused the comedian of instigating conflicts among the contestants so that they fight.

“Your Brother Erick wants to trend, that’s why I get paid but he doesn’t have respect for women and he make Us fight so he can get content. You want show but you don’t care about woman or hoe Material, he doesn’t know who we are," she added.

This is the second time the Wife Material Season 2 is being cancelled.

At first, it was cancelled after the arrest of Eric Omondi, for allegedly failing to abide by the film regulation laws in Kenya.

After suffering the two setbacks, the Kenyan comedian said that they will move on to the next season within a short period of time.