Governor eulogizes late singer who praised him in hit song 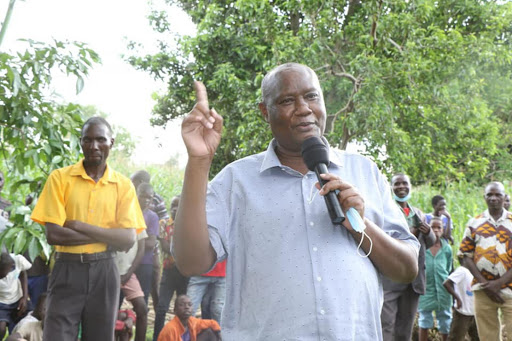 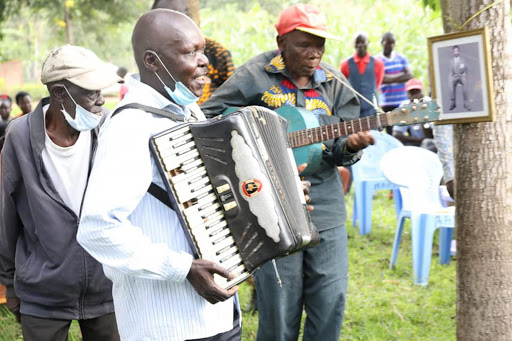 Busia Governor Sospeter Ojaamong has eulogized the late iconic Iteso cultural musician Obasie Palinyang as a person who had the welfare of his people above personal interests.

Speaking at the late musician's home in Kodedema in Teso North Sub County during a funds drive to offset his burial expenses that realized over Sh800,000, the Governor remembered with nostalgia three things which the late musician wanted him to do while he was Amagoro Member of parliament.

"The late musician had requested me to initiate the construction of Kamolo Secondary School. Others were Kamolo Dispensary and the bridge which I fulfilled," he said, to confirm Mzee Obasie valued the interest of his people.

"Others were executed during my tenure as governor. I am disgusted that some county residents residing in Nairobi went viral lamenting that no help was accorded to the late musician from the County government when he was alive, noting that such allegations are a pack of blatant lies."

Ojaamong urged leaders who will attend the musician's burial on Saturday not to politicize it but to give him a befitting send-off considering his status as a man who united the Iteso community with his songs which will be remembered for many generations to come.

Dr. Nicodemus Anyang who is in charge of documenting over 70 songs Mzee Obasie composed since 1973 said they will be archived for future generations to learn the Iteso culture through the songs, clarifying that residents will be sold the CDs at subsidised rates.

Among the songs that continue to inspire the community include Kaseutu Ojaamong (let's elect Ojaamong). The Governor went ahead to win the MP seat for two terms and the Governor also for two terms.

"I honour Mzee Obasie for honouring me with his praise songs, leaving out some of my opponents who had immense wealth. That I can't take for granted," Governor Ojaamong recalled.

The late Palinyang's children led by his elder son Charles Obasie armed with his dad's accordion sang one song that their father composed, a feat that showed they will continue with his legacy.

Malaba South MCA David Kokonya said the deceased will be remembered for guarding the Iteso culture jealousy and for being a person who knew how to choose leaders, with the Governor as his top choice.