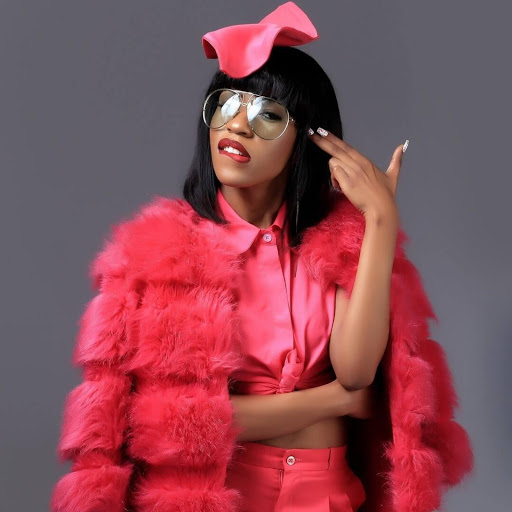 Ugandan singer went berserk during a stage performance in South Sudan after a fan assaulted her sexually.

Fans were singing along to her song when a man on the front stretched out his hand to touch Vinka's private parts.

An agitated Vinka acted promptly by kicking the fan twice with her feet before a cameraperson on stage held her.

The musician then went on with her performance as security personnel handled the ill-mannered man.

Veronica Luggya alias Vinka embarked on her first music tour in South Sudan after a year's break from music to attend to her baby.

Female artists have fallen victim to sexual harassment on stage from male fans who want to satisfy their sexual desires in the wrong manner.

This behavior should not be tolerated because when an artist takes to the stage, they are up to entertaining fans. Their body should not be the focus, rather their music.

Fans have shown aggressiveness by not only physical touch but also making sexual comments on the singers.

After her performance at the One Africa Music Festival in 2018, Musician Akothee was subjected to cyberbullying and sexual harassment over her dress code.

Her choice of costume and dance moves during her performance at London's Wembley stadium sparked criticism from fans.

However, the mother of five downplayed the mean comments, asking the trolls to unfollow her since she doesn't intend to be a role model.