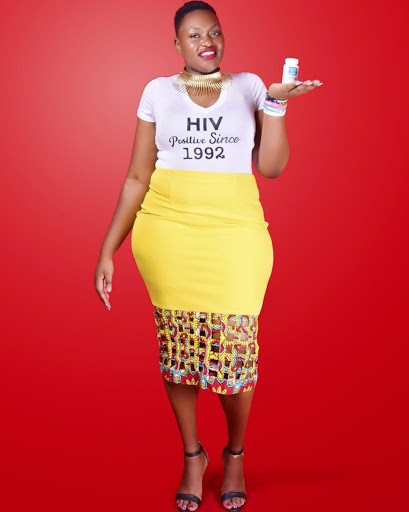 Doreen Moraa Moracha, a HIV/Aids advocate, has narrated her harsh realities of living with the virus.

In an interview with blogger Robert Alai, the 29-year-old said that she has been living with HIV since birth, and diagnosed at 8 years.

"During my childhood, things were ugly because HIV was considered as a death sentence. I was diagnosed when i was 8 years old. Because there were not anti-retrovirals then, my parents were told to take me home, love me very much because they were not sure I would reach my 12th birthday," Doreen narrated.

"My parents took me home, they loved me extremely until my elder siblings started feeling that I was loved more than them."

The HIV/Aids activist said that the doctor's declaration prompted her parents to even baptise her in preparation for her death.

One of Doreen's siblings died from HIV/Aids related complications and her mother is also positive, but father is HIV negative.

She started medication when she was 13-years old. Before the medication, she experienced problems with her skin, and her parents told her it was skin cancer.

"I questioned my parents on why I was always in the hospital and had problems with my skin yet my siblings were okay. They said that once I reach 12 years, I will stop the frequent visits to the hospital," she disclosed.

According to Doreen, a doctor told her that she was HIV positive on 19th April, 2005. That is when she was introduced to anti-retroviral drugs, and warned against revealing her status to other people.

Once her status became public, the activist said that her family had to relocate to a different town to get away from stigma.