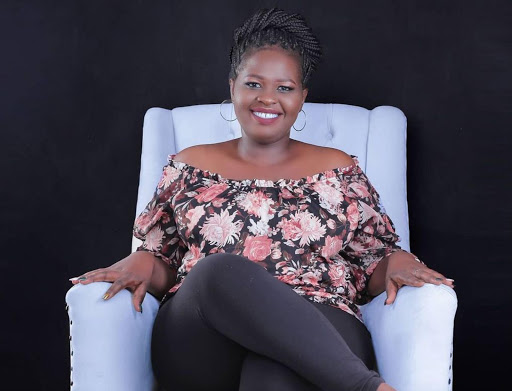 Churchill show comedienne Jemutai on Tuesday announced that the DNA results of her two children were out.

According to her, there was a 99.9% match between her children and comedian Professor Hamo.

DNA test on her two children was conducted at the Kenya Medical Research Institute after a request by the Hot 96 radio presenter.

These tests were done after the intervention of their Churchill Show boss Daniel Ndambuki.

The two reached this decision after a heated exchange of words online; where Jemutai accused Hamo of not taking care of his two children.

Through Churchill's intervention, Proffessor Hamo agreed to pay the children's school fees while they waited for the DNA results.

"Hamo and his brother we were at Big Square on Wednesday. We met on Monday with Churchill and a few guys to try and sort out issues. We are still sorting out issues. At the meeting he agreed to pay for the school fees, so tulimeet on Wednesday as agreed and he gave me the school nkalipa jana… the DNA will be out in 2 weeks," Jemutai told Blogger Edgar Obare.

Before their reconciliation, the mother of two said that things were getting thick for her prompting her to put up her Facebook account for sale.

Jemutai accused Hamo of neglecting her when she was expectant with their first-born son. She further said that the father of her children on one instant became violent to her after arriving home drunk.

In his defence, Hamo said that he has children out of wedlock and provides for all of them sending them money through his wife.