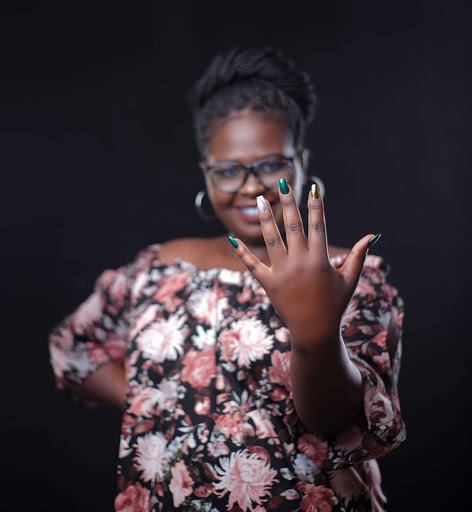 Comedian Jemutai has called out Professor Hamo for lying about providing for their children. She unleashed receipts claiming alla he does is show up for booty calls and never visits the children.

This is after Hamo put up a statement on his Instagram page saying he has been providing for his children since day one and that there is no day they went without the basic needs.

"My wife sends upkeep for the children who don't live with us. This has been the agreement between my family and the mother of the children."

Jemutai has come out guns blazing calling Hamo a "liar".

In a rebuttal, an angry Jemutai wrote,

"It is on a Sunday for heaven sake. Why are we lying this early its barely 10. Kindly excuse my English I am typing with alot of anger. 1st and foremost the last time hamo Paid the rent was last year October and from then he refused to pick the caretaker calls.

2) I respect Mama mellisa so much but since you've decided we drag her into this the only money mama mellisa has ever sent me is 9k in total. The 1st time she sent 2K when JJ was sick the second time she sent 2K was when we didn't have money for food and sasa 5K alituma juzi when everything was out in the public.

3)The last time hamo aliona watoto that is Jeremy and Kaylee was in October last year before he moved out from then he has only appeared in my house 4 times all at night earliest was 10Am and last month he appeared at 2Am all the times he comes drunk as hell.

Watoto wagani ukuwa awake at 2 in the morning The man shows up bila ata maziwa the only time he came with something was the last visit na alileta only 2 Oreos. Hamo kindly note that I am withholding so much from the public including the day you were violent I have all the recording of you apologising to Abner."