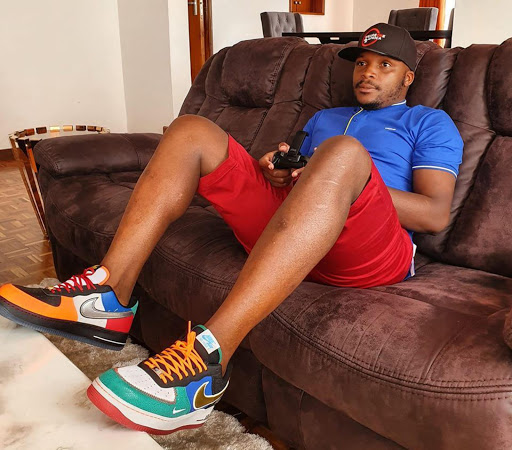 Today, Jalango was overwhelmed by emotion when his pals and colleagues at work surprised him on-air by wishing him a happy birthday.

Check out the video here.

Anyhow, the most important and heartwarming birthday wish for Jalango was when his mother called him early in the morning to wish him the best as he starts this new year.

Jalango lost his dad years ago, and he has been taking care of his mum and sibling as per his dad's last dying wish.

He took his role seriously to a point where he defied age-old tribal laws that forbid him from building a house for his mother. He went ahead and did it, despite warning that he would get cursed.

Read all about his reason to defy the archaic customs.

Jalang'o revealed on air that the reason why he hasn't been posting his mother online was that she was sick and has been under the weather for a long time now.

"I want to take this opportunity to thank my Mom who even right now is bedridden and struggling so much with her health. Mum has not been well for a very long time" Jalango said.