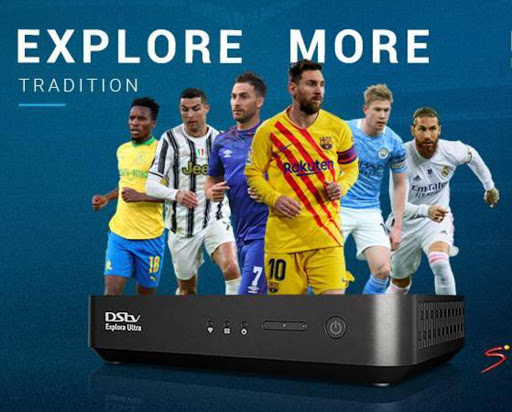 is your #HomeOfFootball and the ultimate destination for lovers of ‘The Beautiful Game’.

The pick of matches from this weekend’s  action sees Leeds United host Manchester United at Elland Road on the afternoon of Sunday 25 April. Marcelo Bielsa’s side will be chasing a second win over a Manchester club following their surprise 2-1 victory against champions-in-waiting City earlier this month.

"It's very difficult but it's what I think. We made a big, big effort but it is true that City dominated the game and had the better options,” said Bielsa. "It's a game that if we don't have a big grade of aggression it is difficult to shorten the gap between their creativity and what we can do. I didn't beat Pep Guardiola. It's a game between two teams with the players being the predominant factors.”

United, meanwhile, will want to revive the form that saw them crush Leeds 6-2 at Old Trafford when the teams met earlier this season. The Red Devils look on course to finish as the ‘best of the rest’ behind runaway leaders Man City, but manager Ole Gunnar Solskjaer insists this is nothing to celebrate.

“I've always said you can never be happy with that, and we're not. The mood is good but the players aren't happy, they are hungry to improve and win something,” said ‘OGS’. “Our ambition is to catch the team in front of us. City have had three or four fantastic seasons and we know the challenge. But we have to take it on. Blood, sweat and tears have to be put down.”

The round opens on Friday night with an intriguing clash between Arsenal and Everton at the Emirates Stadium, as both the Gunners and the Toffees look to save their season in the final stretch, while Saturday sees a Premier League classic of old when Liverpool host Newcastle United at Anfield.

The weekend also features a London derby between West Ham United and Chelsea, a West Midlands derby between Aston Villa and West Bromwich Albion, and a Monday-night round closer which sees Leicester City host Crystal Palace.

is the only place to get English commentary from the legendary , where the pick of matches for this round sees Real Madrid host Real Betis at Estadio Alfredo Di Stefano in the late kick-off on Saturday 24 April.

Los Blancos have roared back into a position where a second successive championship is a very real proposition, though Betis are a much-improved team under Manuel Pellegrini and Zinedine Zidane will warn his side against complacency.

“We’re at the limit, physically. But, this is football. We have to continue as we’ve not won anything yet. We’ll have very difficult matches ahead,” said ‘Zizou’.

The Verdiblancos, meanwhile, will look to veteran attacker Joaquin for inspiration, with the club icon insisting that he wants to keep playing on past his 40th birthday – which will be in July this year!

“My contract expires in June, but I feel strong and in good shape on both a footballing and physical level,” he explained. “I want to continue at least one more year. I would like to retire with the fans in the stands, as I want to invite football fans to attend my final match at the Estadio Benito Villamarin. I want to play with the crowd present before I retire.”

The weekend also features a potential thriller between Villarreal and Barcelona at Estadio de la Ceramica on the afternoon of Sunday 25 April, with Nigerian star Samuel Chukwueze looking to inspire the Yellow Submarine to a first win over the Blaugrana since way back in 2008.

Title hopefuls Atletico Madrid face a tough trip to the Basque country later the same day to take on Athletic Bilbao, with manager Diego Simeone aware of the challenge that awaits his team at San Mames: “The Spanish championship is tough and we will fight until the end. We are competing, and we must keep working and improve our intensity.”

The headline fixture from  for this round sees Lazio host Milan at Stadio Olimpico on the evening of Monday 26 April, with both teams hunting European football for next season.

Le Aquile are hopeful of breaking into the top four, though tough competition from the likes of Roma, Atalanta and Napoli makes that anything but a straightforward task for Simone Inzaghi and his charges.

“We still believe in the Champions League. Future? I will try to go to Europe that counts with Lazio. I have a long contract; I don’t think about the future. I think about getting back into the top four,” said Lazio star Sergej Milinkovic-Savic.

Milan, meanwhile, are hoping to finish second behind cross-town rivals Internazionale – who are almost certain to go on and claim the Scudetto – with manager Stefano Pioli urging his team to keep pushing all the way to the finish line.

“We can take absolutely nothing for granted. Maybe we wasted too much time and energy thinking about the future or other situations. If you think too much about the game in a month’s time, you won’t focus enough on the one that is coming up,” said the Rossoneri boss. “We need to get back to the points average we had at the start of the season, but we can only do that if we take it one game at a time.”

“All coaches must feel like they have to prove themselves every single day, let alone me, as I am in my first coaching experience. Football has been my dream since I was a child and I will keep working hard to improve,” said Juve manager Andrea Pirlo.

Other games to watch include a relegation six-pointer between Parma and Crotone on the afternoon of Saturday 24 April, as well as Atalanta hosting Bologna and Napoli visiting Torino – two further games which will have ramifications in the battle for European places.

No rival can compete with  coverage. Our viewers on  and  can see all their favourite stars from the African continent dominating in leagues across Europe.

Don’t miss the 2020-21 football season on  on DStv and GOtv. Visit  and  to subscribe or upgrade, and join in on the excitement. And while you’re on the move, you can stream matches on the DStv App.

Dial *423# now to buy, pay, reconnect or clear errors. To manage your account, download the MyDStv or MyGOtv App. For more information about other content, products and services, from DStv visit  or   Customers can also visit the official DStv Kenya and GOtv social media pages