'He will not stop till I'm dead,' Rachel Mbuki on horrors of cyberbullying 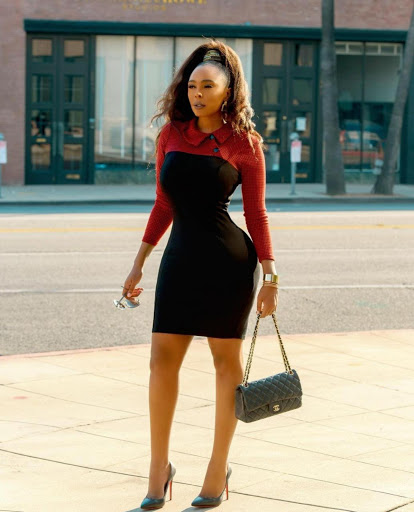 Former beauty queen Rachel Mbuki Litvishkova narrated to Mpasho.co.ke how a year-long ordeal with a cyberbully pushed her to the edge.

The bullying got so bad that she had to seek legal means to shut up her tormentor who is still bullying her.

Rachel lets us into her world showing us how the effects of cyberbullying has affected her mental health and life, offline.

1. When did this cyberbullying start?

It started Last year, 2020, when the pandemic hit.

It had been non stop. The bully will go live on Instagram for hours on end sometimes several times a day yelling obscenities and telling so many malicious lies about me and my loved ones.

I only went live with him 3 times on Instagram back in May 2020 when I was trying to encourage Kenyans to lend their support to the LGBT community as they were really suffering during the pandemic.

They would come on and share their stories and it would be so uplifting but whenever he came on he would change the tone of the positivity and start spreading scandalous things about other people.

For instance using the gay label as an insult by wanting to say a certain blogger is gay or that he knows that another celebrity has had relations with trans women he knows.

I tried to caution him against that and told him that even if these allegations were to be true (although both people vehemently deny them), outting people is really dangerous for their mental health.

He would insist on going on which forced me at some point to make it clear that these views he was spewing were his and not mine.

That is where the issue started. He also would demand that my viewers send him money, which I was uncomfortable with. When people first suggested I bring him on, he had asked for payment- which I expressly refused. Told him this was about encouraging the LGBT back home.

We then compromised at him being able to put his PayPal and Mpesa up and asking for donations.

I also donated to his Paypal 2 times because he said he was a struggling nursing student (something we have long established as a lie by now).

It felt wrong to me that the someone in Germany should be asking for donations when we have LGBT people who need them so much more in Kenya.

On top of that he also took the opportunity to tell my LGBT followers about how he faked and frauded his way into Germany to get asylum status by lying to them about it. He gave a step by step on how to do it.

I do not talk about immigration. When I wanted to answer my followers’ questions on immigration I brought on an American immigration lawyer because I knew they needed an expert to give the right guidance. It’s also illegal to encourage fraudulent immigration online.

All these things combined, plus lots of complaints from viewers saying they would get uncomfortable every time he came on, made me decide to no longer include him in the weekend live shows. It was at that point that the bullying started.

All of a sudden he started announcing that I am a fake feminist and a fake ally and using the LGBT for clout.

It then continued to escalate from there and has never stopped till date. Mind you I never knew him before or beyond that. We never had conversations, were never friends but he would lie that he knows me deeply and use that to tell horrible lies about me. He insulted anything and everything I hold dear.

3. How has it affected you mentally?

He made it clear that he was never going to stop until I was dead. He vividly described cutting off my body parts. That coupled with all the things he says and how every time he goes live or makes these posts I am bombarded with DMs has really heightened my anxiety.

I have tried so hard to ignore things but it seems like there’s no way of escaping it. One way or another I will get the news. Plus also, when I got lawyers involved I had to save all this evidence.

I would try so hard not to watch the videos. I even had someone go through them and translate them for me but I still had to see the body-shaming posts, the insults on his stories and etc as I saved them to send to my lawyers.

Not to mention him coming into my DMs several times from many different accounts because I kept blocking them yelling at me to die and sending me obscene threats constantly.

One day I found myself asking why all this was happening to me. Why couldn’t I just be respected? Him going live with his friends for hours to 1 thousand people with people in the comments laughing and enjoying it really hurt.

So on that day I found myself thinking perhaps I should just end it all and take myself out. I felt unloved and hated.

Somehow their rhetoric had finally seeped into my subconscious. I realized that I’d just had my first suicidal thought and I immediately broke down crying.

I fell on the floor and sobbed so hard. My husband, then fiancé, came running into the room and asked me what was going on. I told him of the thought of I’d just had. I think it was me realizing after trying my best to act so strong that this was serious.

We immediately signed up for therapy and he took me to a session that very day. I’m glad to say I haven’t had any more since but it’s still been stressful.

I never thought that I could ever be someone that gets suicidal. I was shocked that such a thought would run through my mind.

Those were the times when he would be live all day long for hours and hours then join his friends to do the same. It felt like I was being beaten up by thousands of people in broad daylight. Kind of like what Kenyans do back home when they catch a thief only I hadn’t stolen anything and it was all based on lies.