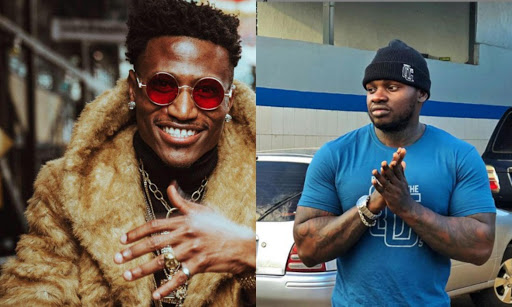 Here are the best 10 acts in no particular order, will you favorite artiste make the cut.

Rapper Octopizzo alias Ohanga the Don has been a household name since the 2010’s.

Albeit he has tweaked his style of late, Octopizzo commanded the airplay with hits like Noma Ni, Oliel, SWAG, Level up and other innumerable hits.

Of artistes in this list, King Khali made his mainstream debut a little later but has kept his foot down since.

With hits like Juu Ya Ngori, Khali cartel 1, Mazishi, Julias Yego andf many more, the rapper might just be the best exclusive hip-hop act in East Africa and arguably Africa.

Seasoned and acclaimed boyband Sauti Sol have been around for a long time and have incessantly released hits on hits.

The foursome affirmed themselves as the biggest Kenyan act of the 2010’s with massive bops like Short and Sweet, Rewind, Afrikan star, Sura Yako and an endless discography.

The three man music group has been around for a minute.

Topping charts with collabos and hits like Weka Weka, You Guy, Gentleman, Kare and others.

Albeit a defunct group now, nobody can dismiss the fact that the three person Hip Hop group was a musical juggernaut of its time with their hip style.

The rode the airplay with bops like Party Don’t Stop, Fresh All Day, Hold it Down et al.

Their prospective reunion never saw the light of day as they resolved to pursue solo careers.

STL blessed the 2010’s with jams like Obe Baba, Biashara, Lookie Lookie and others.

It would be a travesty to fill out his list without poetic rapper King Kaka.

Heartthrob singer Judith Nyambura alias Avril even having slowed down on her music was the poster girl of the Kenyan music industry for a long time.

Singer and rapper Fena Gitu comes on this list as a dark horse with her quirky music style.

With jams lie Doing her thing tho, Sijaskia vibaya, Sema Ng’we and other endless collaboration Fena was and still is a force to reckon.

Sultry singer Sanaipei Tande’s pedigree is something to marvel at, having been on the scene since the 2000’s.

With unparalleled hits like Amina, Ankula huu, Mfalme wa mapenzi and innumerable acclaimed collabos Sanaipei is the veteran that always gets it done.