Voice from the grave! Many people will suffer when I'm gone - Ginimbi 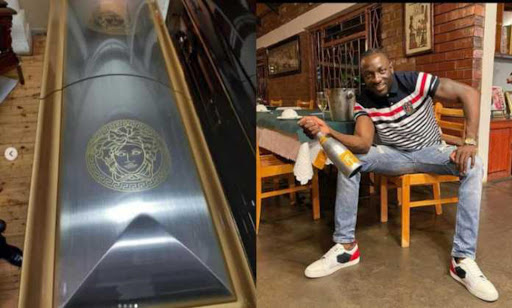 The late Ginimbi - real name Genius Kadungure - prophesied that many people will suffer when he is gone.

This was because he used to help a lot of people and never publicised it.

In a video clip from one of his many interviews, Ginimbi defended his lifestyle saying people write him off as just a party animal but he was more than that.

"For those who have never received anything from me, will think, 'what i see on Instagram...' i don't give to the poor," Ginimbi said.

"There are so many people on Instagram that I have helped and today there are many families that if anything happens today so many families will suffer too much."

Ginimbi in the video is wearing a dark maroon designer suit and dark sunglasses goes on to explain,

"i have helped people who are less privileged and as long as I am alive I will still help them."

However, his wish may not come to be, as the battle for his estate is raging on.

Ginimbi died in a car crash on November 8 last year.

According to the Zimbabwean press, there is a heated battle for Ginimbi's vast estate.

The family of the late socialite have gone to court to contest his will.

According to an application ‑ led by the late Ginimbi’s sisters; Juliet and Nelia, and his father Anderson Kadungure, they are challenging the authenticity of the presented will, which they claim is imprecise and not dated.

H Metro reports that Ginimbi's family has dragged lawyer Patricia Darangwa to court, accusing her of fraudulently designing the late socialite’s will.

The family is seeking an order to stop the administration of the will presented by Darangwa on November 25 pending a High Court review of why the Master of High Court appointed her as the testamentary.

“Applicants seek an interdict in the interim prohibiting any administration of the deceased’s estate pending the return date upon which date a review of the Master of High Court’s decision to appoint Darangwa as testamentary executrix and to accept the will in question shall be sought.

“We also seek that the review proceedings be prosecuted on terms to ensure expeditious resolution of the contestation involving the parties,” wrote Juliet Kadungure.