Women, wear short dresses but only in your bedrooms - SDA woman leader 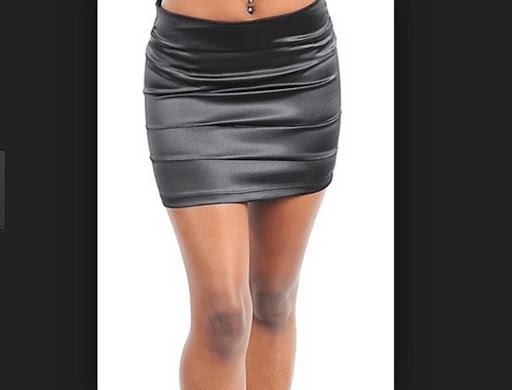 A women’s leader at Tumaini Seventh Day Adventist Church in Kayole District Alice Okinyi has said women were at liberty to wear short dresses but not in public.

Mrs Okinyi further cautioned during a bible study session at the church that they could only wear the scanty fashions of their choices while in their bedrooms and not in the eyes of many people either in church or the workplace.

She particularly cautioned that women of God should not put on short dresses while coming to church as this was prone to send wrong messages to the congregation that consisted of married and unmarried men.

“If you feel like putting on those short things, you can do so, and I tell you your husbands will not complain because you will just be the two of you in that room. In fact, they will be very happy as that is what makes them give a second look to people in the streets who were dressed scantily,” she noted.

She further advised them that they should distinguish between dresses to wear while coming to church and those that should be worn while at home or going to the market.

“The church is a place where people come to worship God and there should be nothing that should distract them from enjoying spiritual nourishment,” Mrs Okinyi noted while emphasizing that people should wear decently and not scantily.

The women leader while addressing them during departmental where the congregation is split into groups consisting of men, youth and children impressed on the women to be of good morals if they intended to be role models in the society.

She noted that young people were fond of aping what they saw elderly people in church doing and that it was upon them to set a good example through their dress code, the way they communicated and carried themselves around both in church and in their homes.

“The youth rely on you people whether you are young or old in marriage but your demeanor, way of life and the way you attend to any assignments in the church really talk a lot about who you are. So always be conscious of how you carry yourself around,” said Mrs Okinyi.

After some discussion, the women came up with 10 strong points which should be addressed by their spouses and make them live happily.

They demanded that they should be loved by their husbands and that it was their duty to submit to them.

They also said their husbands more so who did not belong to their faith should trust them and give them the liberty to worship and return home at whatever time they finished with church business so that they did not scatter around doubting if they had actually been in church or had other unholy missions.

The women also said they needed time for bonding with their husbands as they were 2 people who were born and bred in different environments.

“There should be proper communication between the husbands to a point that he should reveal all details of his assets and that the wife should know the password of the man’s phone.

“It is disturbing at times when you continue to live in darkness that you are the only wife and in case something happened to him and he passes on, you see another family with full grown children who resemble yours and are of the same age being paraded before the mourners,” a woman who lost her husband 2 years noted.

The women also called on their husbands to always cover their weaknesses in case they errored and that they should always protect them against the hostility from his side of extended relations. They further noted that they should also be satisfied sexually and that it should be regular and that the husbands should make surprises to them and buy them presents despite the duration they have been in a marriage.

Most women who have adult children complained that they were no longer receiving any surprises from their husbands in the form of presents like flowers, sweets, chocolate or birthday dress, handbag or pair of shoes.

The Sabbath marked the end of the Family life week in the church which was administered by Elder Kasereka Kombi from Umoja One SDA Church.