It was a secret wedding! Details of Vera Sidika's nuptials spilled by a close pal! 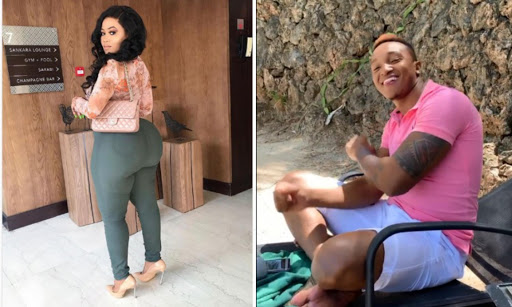 Vera Sidika and Brown Mauzo are reported to have got married in Mombasa at the Attorney General's office before they jetted back to Nairobi.

Vera announced that their nuptials had already taken place via her Instagram.

A source close to the couple whispered to Mpasho, "Some of Mauzo's boys did not attend the ceremony because they are at loggerheads over how he has conducted business ever since he met Vera. Most of their investments have gone down the drain because he has stopped concentrating on his music and is just crazy in love with Vera."

Asked if the marriage was a gimmick to push Vera's new spa in Nyali and Mauzo's fledgeling music career, the source added,

"The way I know Vera, she cannot post something like that for clout. It would blowback on her face badly. She is married to Mauzo, that is why she is calling him husband with that much confidence."

Word on the street is that Mauzo has been linked to various baby mamas and he is rumoured to be married.

Numerous calls to both Vera and Mauzo for comment were ignored, eventually, they went to voice mail.