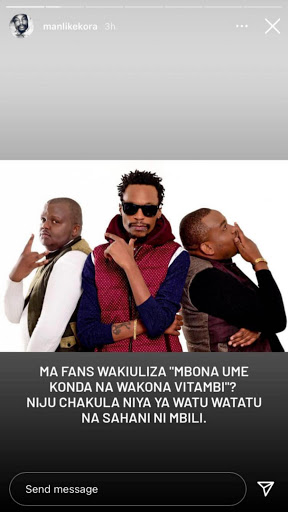 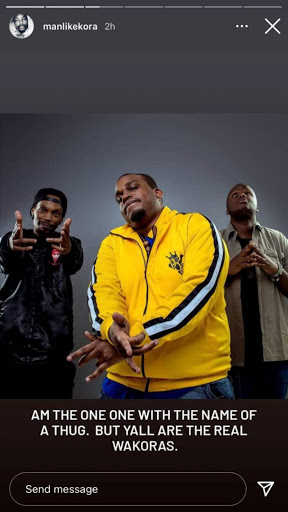 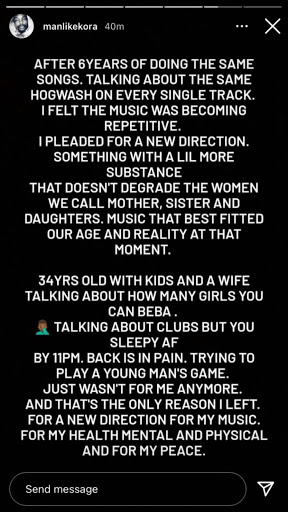 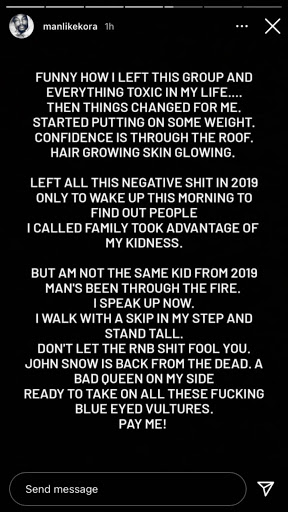 Kid Kora, an ex member of the hiphop trio, The Kansoul, has in a series of revelations on his Instagram stories divulged why he left the renown 3-man music group.

The producer and rapper put a picture of the three together and captioned it, “I am the one with the name of a thug but yáll are the real wakoras”

Kid Kora went guns blazing citing that Mejja and Madtraxx had given him the shorter end of the stick and still owe him money, dubbing them ‘blue eyed monsters’

He also imparted that his son was locked out of school whilst the rest of the group played him but added that he’d let it go for peace of mind.

He also owed his exit to the fact that their music had since become monotonous, degrading to women and didn’t befit their age.

The producer revealed that his physical and mental health has since improved after his exit.

In a recent interview with Switch TV, Mejja dismissed claims of a break and gave little information.