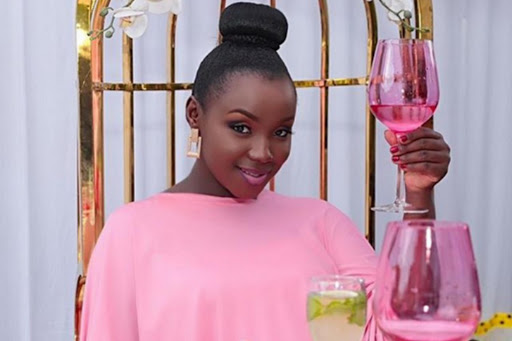 Popular TV actress Catherine Kamau a.k.a Kate Actress called out a fan who body-shamed her when she was pregnant with her second child.

In a social media post Kate educated the fan who pointed out the dark pigmentation around Kate's neck.

The fan's DM irked her to no end and she responded by saying,

"Hyperpigmentation of the skin during Pregnancy! Please read about it before you display your ignorance in my Dm . Mine happens to be around the neck area .Thank you!"

Hyperpigmentation isn’t necessarily a condition but a term that describes skin that appears darker. It can occur in small patches that cover large areas that affect the entire body. While increased pigmentation usually isn’t harmful, it can be a symptom of another medical condition.

There are several types of hyperpigmentation, the common ones being melasma.

Melasma is believed to be caused by hormonal changes and may develop during pregnancy.

Areas of hyperpigmentation can appear on any area of the body, but they appear most commonly on the stomach and face.

What are the symptoms and risk factors?

A common cause of hyperpigmentation is an excess production of melanin. Melanin is a pigment that gives skin its colour. It’s produced by skin cells called melanocytes.

In some cases, dark areas will fade on their own with good sun protection. In other cases, more aggressive treatment is needed.

There’s no guarantee that the dark spots will fade completely, even with treatment.