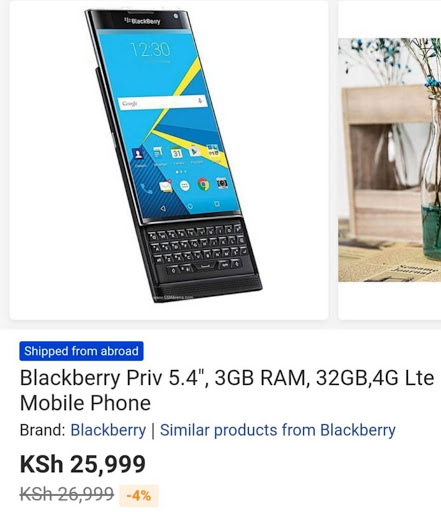 President Uhuru is known for his impeccable taste in high-end watches and timepieces. This cannot be said for his taste in phone brand.

His collection would buy you a house in Lavington and the remaining change would get you a Rolls Roys Wraith, to boot.

Anyhow, if you don't believe me check out his list of watches in a story we did a while back.

While everyone is running to get the latest iPhone, Uhuru Kenyatta is staying loyal to Blackberry.

What is a Blackberry, you ask?

Well, it is a phone brand, just like Samsung and iPhone.

The reason this is interesting is that the makers of the phone brand, TCL announced that it “will no longer be selling” BlackBerry-branded phones as of August 31st, 2020, because it will no longer have the rights to design and manufacture them.

BlackBerry decided in 2016 to stop making its own phones, after years of failures, and to license its brand out instead.

But that is not the end of the road for the brand, BlackBerry brand has been licensed yet again by a new Texas startup named OnwardMobility that’s promising to release a 5G BlackBerry device with Android and a physical QWERTY keyboard in 2021.

Uhuru is not the only president who has stuck by Blackberry, former US president Barack Obama was also a loyal customer.

Here are the stats of Uhuru's phone according to Wikipedia,

The BlackBerry Priv is a slider smartphone. It is the first BlackBerry-branded smartphone that does not run the company's proprietary BlackBerry OS or BlackBerry 10 (BB10) platforms.

It instead uses Android, customized with features inspired by those on BlackBerry phones, and security enhancements.

Some critics felt that the device's physical keyboard did not perform as well as those on previous BlackBerry devices and that the Priv's performance was not up to par with other devices using the same system-on-chip.

The Priv was also criticized for being more expensive than similarly-equipped devices in its class.