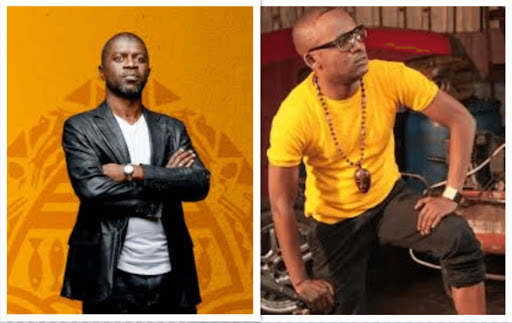 Media personality Edward Kwach has penned a letter to his younger self in which he details his regrets.

Kwach who is a co-host of the Brefcast club on Kisumu based Urban Radio narrated one of his biggest career blunders.

Part of the letter reads,

"The things that will happen to you during your stint at Radio Africa that will change everything in your career because you have been doing daft things, daft things involving alcohol and hubris. don’t.

Kwach who read out the letter on air continued,

"You lose your job and you regret it until you land another job on East African radio in Tanzania. Don’t come back to kiss from Tanzania, stay in Tanzania. But you won’t, you will come back."

"Don’t punch Collo of Kelptomaniax because of your lost wallet. Don’t fight him. walk away because you will be dismissed from kiss for the second time and that will nearly break you. you will walk around in anger drinking and wallowing in self pity. don't be so mad. There are good people and there are bad people. Not everybody is good and not everybody is bad."

The radio star goes on to paint a picture of how his life was like after losing his job and getting another one.

"You always feel like you are not there, physically and mentally going through the motions at Royal Media Services, Dude, that new years flight back to  Nairobi, please don’t miss it, Then it would be time for the most professional media organization you have ever worked for, Nation Media group.

"You will learn a lot there, you will thrive you will grow, Capital FM will come calling once again, don’t dilly dally take the job because ironically you will be months from retrenchment at NMG."

Listen to the entire letter below