Celebrities who have spoken about battling depression in 2020 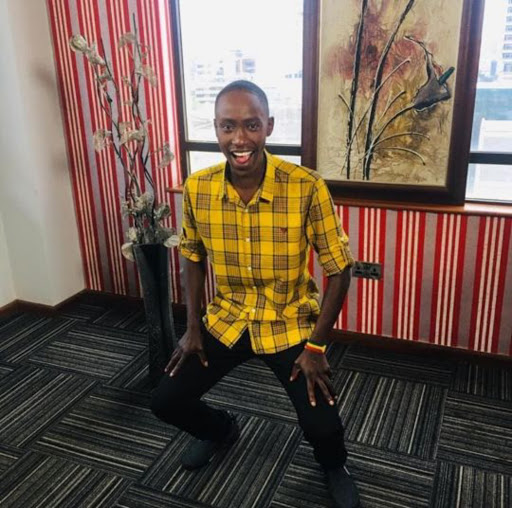 Mental health is an issue that has not been carried with the weight it deserves. A disease which eats a person from the inside unlike the other health issues may seem difficult to identify.

Unlike other health problems in which one can take note of symptoms such as shedding weight, getting pale, fever and chills etc, when it comes to mental health issues it’s all from within, the physical state in most scenarios is usually okay and many assume the individual is doing fine.

There are a lot of Kenyans who go through some deep struggles in their lives and depression has taken the lead in affecting individuals and in most occasions, the affected persons barely know they are not okay.

2020 is a tough year a number of public figures have gone ahead to speak about their battle with depression with some being linked with it.

· Joey Muthengi- The beautiful media personality has always been candid about her battle with depression.

Speaking to MC Jessy on his show Jessy Junction the journalist has talked about battling depression as a teenager and the reason behind it is the constant switch up especially in schools in which she felt out of place.

She talked about using medications to calm herself down as instructed by the doctors. However, she reveals she hasn’t been on medication for some time as she has been feeling better.

· Comedian Njoro- The story of comedian Njoro has been making headlines in which the comedian has been deteriorating financially and mentally as well. Fellow comedian Zeddy then revealed that most comedians are battling depression especially due to financial constraints. She, later on, appealed to fans to help her friend out and seems everything is working out well as Njoro who has been struggling with alcoholism is now fully recovered has landed two TV jobs.

· Kush Tracey- It’s not all smiles and laughter when it comes to mental health, behind that infectious smile is a lot of devils to battle with and Kush Tracey emphasized on having some depressing moments once in a while on the show she hosts alongside King Kaka’s wife Nana Owiti and Mary Mwikali, Chatspot. The Switch TV presenter, however, says she tries as much as possible to stay positive and be happy.

· Annitah Raey- When it comes to mental health former radio presenter Annitah Raey has been bold enough to speak about her past experience.

Annitah Raey has narrated one of the reasons for her battling depression being a rape victim which completely shut her down. In 2020, the media personality made headlines for yet another low moment in her life, she quit her radio job citing a toxic work environment in which she would cry every day before going to work.

Annitah Raey shared in a video that trended of her not feeling the vibe every day when she thinks of going to work thanks to the toxic nature of the work environment and could not take it any longer resulting in her calling it quits.

· Othuol Othuol- It is sad to include the late comedian in this list as he is no more but right after news broke of his demise then followed revelations of him struggling with depression. Othuol Othuol’s father in an interview on Churchill show also spoke of his son’s heavy addiction to alcohol which got him worried, perhaps that was one the signs that all was not well mentally as well.

· Comedian Kasee- Churchill show comedian Joseph Musyoki alias Kasee had been struggling with depression before he met his untimely death this year. It is unfortunate that just like his late friend Othuol Othuol who passed away months after him, he also had a drinking problem.