Rest in Power! Prominent politicians who passed away in 2020 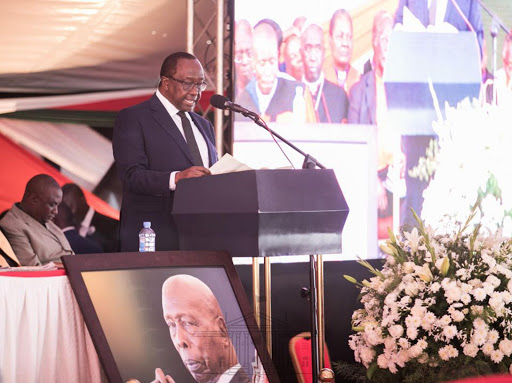 In 2020 there have been lots of surprising and different turn of events, this year the major impact being the global pandemic.

It’s still in 2020 that we have sadly come to terms with the loss of key and veteran politicians in the country and that has been a major blow.

Here are some of the prominent politicians who breathed their last in 2020.

Most Kenyans may remember him for vying for a presidential seat of the republic back in 2017. Joe Nyaga came in the third position after President Uhuru Kenyatta and former prime minister Raila Odinga.

His political career traces way back, the late Joe Nyaga was also a cabinet minister in the Kibaki government. He stepped in his father’s shoes, Jeremiah Nyaga, by serving in former president Daniel Moi’s government.

The news came on December 11, 2020, of his passing that left many Kenyans tongue-tied, Nyaga had been admitted in a hospital in Nairobi then later breathed his last.

It was a tough day indeed, a day in which Kenyans had to swallow the hard pill of losing two of its politicians the very same day.

Machakos Senator Boniface Kabaka died on the 11th of December, 2020 after being in ICU for a week at the Nairobi hospital.

There were rumours surrounding his death with the police revealing that the senator had collapsed in a woman’s house in Kilimani. The family, however, rubbished the claims terming it as fake and malicious rumours.

Here is another case of a politician dying in 2020 while still in office just like in Kabaka’s case.

Ford Kenya party Member of parliament breathed his last at the Nairobi hospital.

Lusweti succumbed to his long illness, he was suffering from gout and arthritis and fellow Bungoma politicians were quick to send their condolences upon his death.

Former President Daniel Arap Moi’s death will be one to be remembered.

His death left many in denial and was accorded with a state funeral for 3 days.

His death broke the internet locally and internationally and Kenyans were allowed to go to the statehouse to view his body and pay their last respects to the longest-serving president in the country.

Moi had been in and out of the hospital before taking his last bow at the age of 95.

Msambweni is still the talk of the town with the conclusion of the political rallies set to determine who will be the next Member of Parliament of the town after its MP ODM’s Suleiman Dori passed away.

Suleiman succumbed to cancer at the beginning of the year in September 2020.

Ramadhan Kajembe made headlines with the controversy surrounding his family. First came the death of his first wife due to coronavirus then followed his second wife’s death.

It was too much to take for the former Member of Parliament who died two weeks after his last wife’s demise on August 7th,2020.

Former Kilifi south MP Mustafa Iddi was admitted to hospital because he had breathing problems. News, later on, came of his demise in Mombasa county where death snatched him from the hands of life on November 25th.