Tanasha defends Diamond Platnumz over his recent move with son 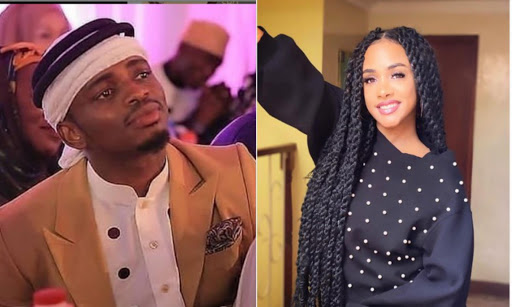 Tanasha Donna seems to have changed the tune on her relationship with bongo star Diamond Platnumz. In the past she has branded Diamond a dead beat dad, but recently, she praised him.

In a previous interview with comedian Jalang’o, the singer said she was raising her son alone.

“I have been doing it all on my own, to be honest. In fact, I will be 100 per cent honest with you, I’m very real and I’m not going to say something that is not the case. With all the respect I have for him and I don’t have any bad blood with him,” she told Jalang’o then on Bonga na Jalas.

“No, he is not supporting (me) and I’m doing it on my own. I don’t need his support, to be honest, I’m raising my son just fine. There is nothing that boy lacks in his life. He is fine, that’s what matters.”

Anyhow, recently she did an interview with Rick Media where she praised Diamond.

“He is paying for his education right now, taking care of him and making an effort. I like what he is doing to his kids. He’s making an effort to be there for them, and I’m proud of him,” said Tanasha.

When they broke up early this year, Kiss FM's breakfast show host, Kamene Goro told her listeners that Tanasha and Diamond will find their way back to each other.

According to Kamene, Diamond can never find a woman who matches Tanasha.

'You were meant to be, Utarudi tuu you will never find a woman like Tanasha.'

In a past interview with Wasafi TV, Diamond said that in the relationship with Tanasha, he was very settled and had set his mind on her.

“That was one of the relationships that I was very calm. When I met Tanasha and started a relationship with her, I left behind a lot of immaturity.

We sat down as a family and spoke about the future and we didn’t agree cause everyone wanted what they wanted, so there was a misunderstanding.

If God has planned, we can go back together”