Kifo oh, Kifo! List of celebrities who passed away in mysterious circumstances in 2020 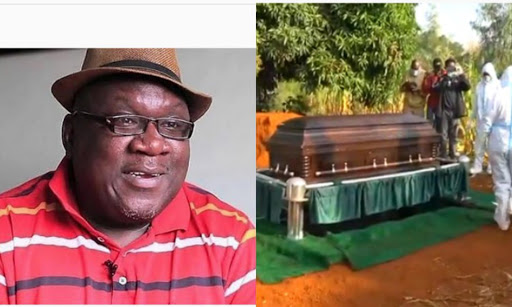 Losing a loved one must be the one of the most traumatic experience In life.

Knowing that the person who you were fond of or familiar with is no more is the hardest thing in life.

However, life must go on and no one is bound to live forever, with that said.

Here's a list of celebrities who passed away in 2020 that we shall dearly miss;

1. Comedian Kasee- This year came as a shocker, not only was COVID-19 too much to handle but the sudden death of Churchill comedian Kasee was announced on the internet in June this year.

Fans could not believe that the funny man who was growing career wise was no more.

Kasee who was battling depression and heavy drinking had reportedly left home to go drinking with friends and later on found dead the next day.

With such sad news who wouldn’t want the year to be over immediately?

The Oliech family after losing mama Oliech now served some sad news on the death of Dennis Oliech’s brother Kevin Oliech who had been battling cancer for four years before succumbing to the disease in Germany.

9. Ken Walibora- The death of renowned author Ken Walibora came as a surprise to fans as he was not suffering from any illness.

Ken Walibora died in unknown circumstances, first it was thought to be a hit and run incident then followed an autopsy report that revealed that Kidagaa Kimemwozea author died from internal bleeding which was caused by a stab wound and other injuries.

The respected journalist was stabbed and hit by a matatu in parklands.

He succumbed to the injuries after being rushed to Kenyatta National Hospital by a Good Samaritan.