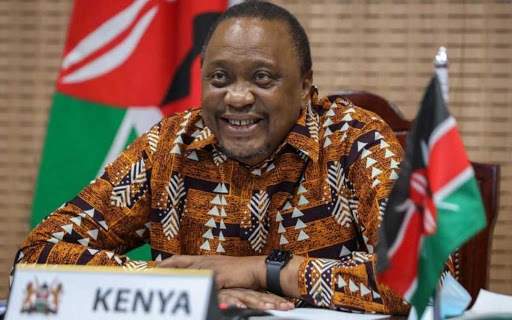 President Uhuru Kenyatta the commander in chief of the armed forces has revealed that he doesn't have a thick skin to deal with Twitter trolls.

Today, while addressing the invite only guests at KICC for the BBI signature commencement ceremony, Uhuru explained why he quit Twitter.

"Hii kitu ni bure hakuna kitu ya muhimu munaendelea hapo. Una kaa hapo unasooooooma haulali. Uko hapo ...wanasema nini. Ohhh...huyu naye...  unapiga simu una sema unaona vile huyu mtu amenitukana? (Thier is nothing on the app that not constructive. It will keep you up all night. It gets to a point you call and ask, have you see what so and so has said about me?)."

"Afadhali ni lale bwana nipige story kidogo na mama hapo. Nilale niamke niende kazi dunia iendelee. Ama namna gani? (I'd better sleep or talk with my wife, that scroll through the app. I'd rather sleep, wake up and go to work and life goes on.)"