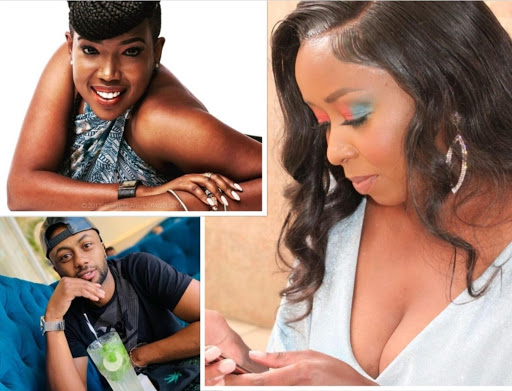 Media personality Jacque Maribe has opened up for the first time about her whirlwind engagement to murder suspect Joseph 'Jowie' Irungu.

Jacque branded her one-year relationship with him as one of her biggest regrets.

"This man was that person for me. The one you feel like if I ever had any regrets, this is it, I don't believe in regrets but if regret was a person that would be it," Jacque told Carole Mandi in a candid interview.

Their relationship was branded as "couple goals" by netizens who envied how cute they looked together.

However, an insider, in the then, Jacque's circle of friends - that included Kirgo Ngarua, Terryanne Chebet, Shix Kapienga and Citizen TV news producer Monicah Kiragu -  revealed that Jowie mat have charmed her friend but one saw right through him.

Our source, who is privy to the relationship between the girls, said:

Kirigo was the only one who saw through Jowie for who he was. There was a time she had a public altercation with him because Jowie found out she was telling Jacque he is not worth her love. This altercation coloured their relationship going forward.

The source also said Kirigo was not present during Jowie’s public proposal to Jacque. She was away for a job or other engagements.

“After all what could she do, they are friends first before Jowie was in the picture and even after he leaves, she will still be close to Jacque,” the source said.

A week after Jowie was arrested as a prime suspect in the murder of businesswoman Monicah Kimani, Kirigo branded the week as "messy" on a cryptic Instagram post.

“As I start the week, I am thanking God for the gift of life and health. Last week was a messy one but guess who is back! Also, I just wanted to post the picture cause I know I look beautiful. That’s all.”

Kirigo refused to comment on this matter. When Word Is reached out to her for a response, she was as cold as an icebox.

“Who is that giving you that information? Then ask them their thoughts as well. I don’t want to comment about that.”

Now, years later, Jacque has opened up about her misgivings about saying yes to Jowie's elaborate proposal.

"We got engaged. He was very nice, he genuinely was. I will never come out and say anything to the contrary. He was very nice to me. I think this why it is really important to first learn somebody before you rush into something like this. because I do believe it was rushed."

"Literary we had dated for a year. I had gotten to a point in my life, I was like, 'You know what? Other people get engaged after 6 months. I thought at the time I was ready. And he wasn't a guy who gave me too much pressure because I used to work a lot. I had found someone who understands the kind of woman who is passionate about her career, hours and being a mother and you have a partner who understands."

"Everything was going so well. My career path was good, undeniably good. Until one day something just snapped. I keep saying time stood still. It still is a horror movie. I got to a point where I did not understand what was happening. All you hear is noise. I saw myself on headlines in the newspaper and these are your colleagues some are outright falsehoods."

Watch the rest of the interview with True Love's Carole Mandi below.