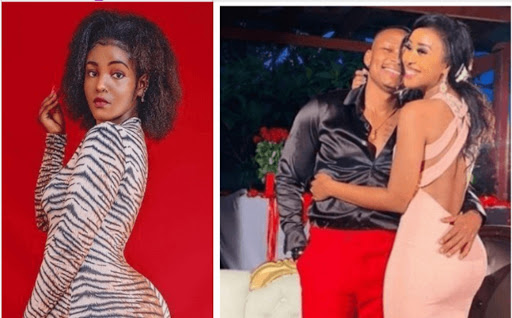 RnB star Otile Brown was mentioned by teenager Shakilla as one of the male celebrities who have had carnal knowledge of her.

The list of celebrities mentions leading to an internet storm as various male celebrities spoke about and denied having any relations with her.

One of the few who unleashed even screenshots was comedian Butita. Posting a DM sent to him by Shakilla Butita wrote,

After he posted the screenshot, Mammito's blood was boiling hot.

Now, Otile's hot bae, Nabbi has spoken about the matter.

During her Instagram Live, a fan told Nabbi that Shakilla smashed Otile. Nabii laughed at that comment then said,

"Okay, what I'm I supposed to do with that information then?"

Asked if it is hard dating a celebrity of or a musician she said,

"I don't know, you cannot really generalise. It depends on who the person is whether a celebrity or not. it depends on if what you guys have is real and you have a real connection and if there is respect and truth."

"respect is more important than love.  if what you have is real and you have that serious serious chemistry even when things get hard you will find a way to get through it."