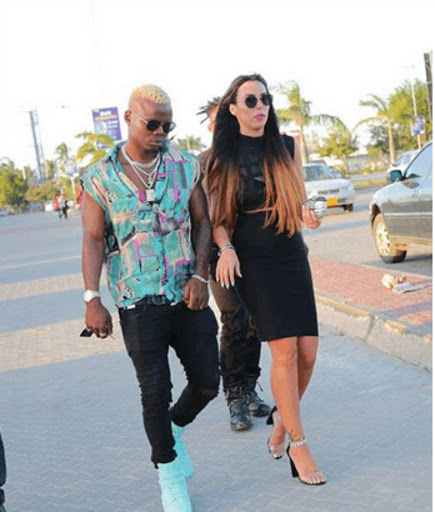 Bongo Star Harmonize and his Italian wife Sarah Michelotti will be expecting a litto member of their family soon.

The good news was announced to the world by the celebrity-daddy-to-be, Harmonize during a concert in Dodoma, Tanzania.

He told the crowd of fans,

"We are expecting a baby since Sarah is pregnant," said Harmonize.

By that time, Harmonize had been dating Sarah for the last two years.

However, the couple lost their pregnancy after four months.

Sarah talked about it saying,

"Yes I was pregnant for Harmonize, but unfortunately I lost the baby in my fourth month of pregnancy. Its God’s plan but we will try for another child next time,” she said.

Harmonize is also alleged to have had a child with another woman identified as Shantell.

The two are said to be co-parenting.