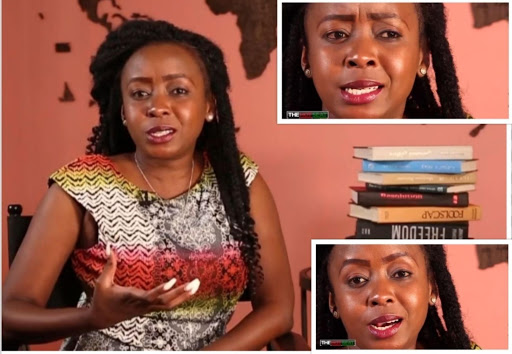 Media personality Jacque Maribe is back on our screens this time with her own show dubbed The Hot Seat.

In the promo video of the show, Maribe can be seeing fighting tears as she narrates her turbulent life in the last year.

Maribe was charged for the murder of businesswoman Monica Kimani, alongside her then-fiance, Joseph 'Jowie' Irungu.

Maribe said her life came to a standstill after she was arrested for the murder and later released on bail,

"You feel like everything is falling into place and everything makes so much sense until one day you have no idea what the world just decides to do, like literary, a standstill."

She added that her career and her aspirations all vanished into thin air.

"Something that you love doing so much it's...I don't know. It has been a roller coaster ride this past year. Just trying to take it all in, trying to smile when you know you can't (deep sigh)."

"But instead of allowing yourself to be down, you know what you do? Get back up and you take it by the horns."

She then invites her fans to "embark on this journey with me on The Hot Seat.

Look out for it this Sunday at 8 pm.