'Tumetoka mbali,' Jalango on why Diamond Platnumz made him his official MC 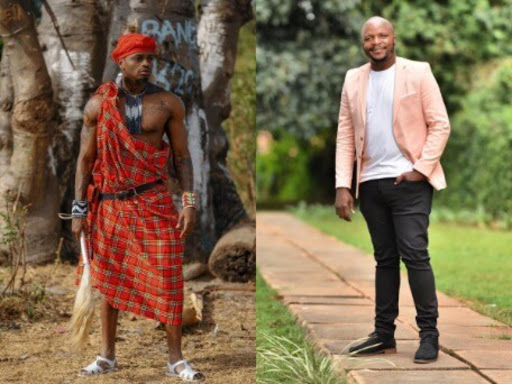 Kiss FM presenter Jalango has finally revealed why Tanzanian artiste Diamond Platnumz made him his official MC for all his Kenyan events.

Speaking during a Live interview with Mpasho Jalango said,

'I am still Diamond's official MC.

Diamond is my friend so is his manager Babu Tale.

The reason they chose me is that they always want someone who understands them.

Diamond and I come from way back. Until he fires me, the contract is open.

It's always turning green, meaning it's always being extended.'

Jalango is among the highest-paid MC's in Kenya.

He has found a niche that many failed to capture.

He has in the past caught the attention of many after NCing for former United States President Barrack Obama.

Narrating on how he landed the gig, Jalango said,

"One morning on Hot 96, the news of Obama coming to town was all over so I told Jeff you know that when Obama comes to town I will be the MC as a joke.

And I went on YouTube and told people about how I will do it.

Then the team from Gina Din watched the video and they called me. Lorna Irungu told me that 'do you know some dreams come true. Guess who the MC for Obama is?'

Jalango said he was not aware.

"You are the MC,” Jalas recounted his conversation with the team from Gina Din.

Now you know that if you are good at what you do people will notice you.