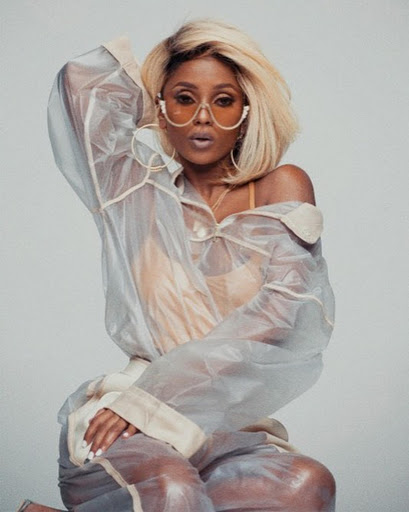 Weeks after Tanzanian artiste Vanessa Mdee announced her decision to quit music, Maina Kageni has revealed the real reason behind it.

'She could never believe that she never became the best female artiste in East and West Africa.

Sometimes we should not set such high standards for ourselves.

She never got over that fact, Sa zingine it's good for us to set goals that are achievable.

I wish her all the best in whatever she decides to do.'

Vanessa had earlier claimed that the entertainment industry is demonic.

"I don't know who needs to hear this, but my mission is to be a light. I know that I would probably disappoint a few people and that's Okay I know that my fans don't wanna hear this but guess what am never be too far away from you, trust me.

The reason why I had to leave the industry is because I needed to choose my life, the music industry is demonic.

People will tell you half-truth about what really goes on, and the truth is I just wanna be an advocate for honesty and beauty and being a sincere advocate for what facing your demons can do for You.

Now my fans are probably asking themselves right now; Are you gonna never sing again? Are we gonna never see you perform? Let me reiterate, I love music, I love to create, I love to perform, I'm a vessel, this is what I was brought on earth to be, but maybe I was a vessel to be here in this moment to have gone through everything that I have gone through so that I can tell you most honestly the truth about things you will never somewhere e/se,"said Vanessa Mdee.