Pray for him! Kibaki hospitalized over severe infection 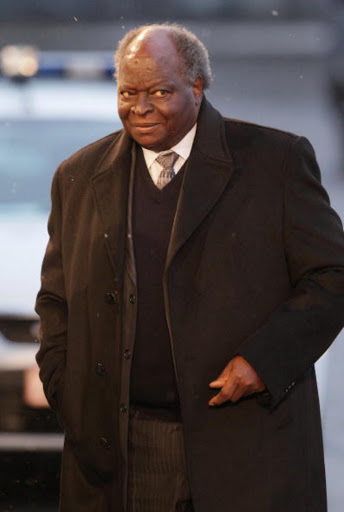 Former President Mwai Kibaki is admitted to Nairobi Hospital undergoing “management of severe pain as a result of an infection,” according to sources.

The ex-President was admitted on June 19 and was allocated a VIP ward where he has been receiving treatment for the last 10 days.

Kibaki, who served as Kenya's third President between 2002-2013, is reported to have complained of pain in the lower abdomen.

“Samples were taken for testing in the lab. The results are out and nothing to worry about. His team of doctors are managing the pain,” the source said.

On Sunday, a source in the office of the former president said he is in the hospital for “routine medical check-up.” He is doing well, the source said.

“It is a normal visit and there is nothing new. He goes there more often for scheduled check-ups be it once in a month or even twice. So no [cause for] alarm,” one of his aides told the Star on Sunday on the phone.

The official sought anonymity for he is not allowed to speak to the media on the matter. He referred the Star to the family for official comment.

Kibaki has maintained a low profile since exiting office in 2013 and was last seen in public in February at Parliament Buildings where the body of ex-President Daniel Moi lay in state.