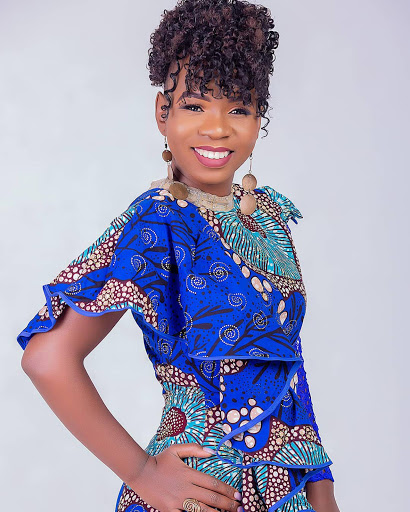 Kenyan gospel artiste Evelyne Wanjiru has joined millions of people in celebrating their dads as the world celebrates fathers day.

Though she lost her dad more than a decade ago, she cannot forget the memories they shared.

' 13 years ago you transitioned Into glory.

Today being Father's day I miss you more than ever, how I wish I can even remember your voice oooo my daddy 😊

but I chose to celebrate the memories and thank God the few years I got to spend with you❤❤❤ How I wish I could see such an incoming call.

"It is well with my soul"

In a past interview with Diaspora TV, Evelyne Wanjiru narrated how their lives changed after her father was sent to prison and later died.

Speaking about it, Evelyn said

‘WE USED TO LIVE IN NAKURU AND WE ARE FIVE KIDS.

MY MUM IS A LUHYA AND MY DAD IS A KIKUYU.

MY DAD (REST IN PEACE) USED TO BE WELL UP WHEN WE WERE GROWING UP UNTIL WHEN I WAS 9.

THINGS CHANGED AFTER HE GOT INTO SOME ISSUES AND WE HAD TO SHIFT TO NAKURU AND MY MUM STARTED ROASTING MAIZE BY THE ROADSIDE.

WE LEFT MY DAD IN NAIROBI AND BECAUSE MY MUM COULD NOT AFFORD TO TAKE CARE OF US WE WERE SHARED AMONG RELATIVES.

RONDA WAS A GHETTO IN NAKURU AND DUE TO THE SEPARATION WE DID NOT GROW TOGETHER.’

After Evelyn and her siblings got separated, some of her sisters were introduced to selling alcohol.

‘IT WAS NOT GOOD FOR US BECAUSE FOR MY SISTERS IN THE FAMILY THEY WERE TAKEN INTO THEY HAD TO START SELLING ALCOHOL TO SURVIVE.

I HAD TO STAY HOME FOR A YEAR OR TWO BECAUSE THERE WAS NO SCHOOL FEES. SHE WAS LATER EMPLOYED AS A HOUSE GIRL AT A FRIEND’S HOUSE.

ALL OUR WEALTH ILIISHA AND WE STARTED FROM SCRATCH, OUR DAD WAS AT THE TIME IN PRISON.

THE SCHOOL WHERE MY MUM USED TO STUDY, SHE USED TO SING AND THE SCHOOL WOULD WIN TROPHIES SO SHE ASKED THEM TO EDUCATE ME.

THEY AGREED BECAUSE OF HOW SHE HAD HELPED THEM WIN.

I USED TO GO TO SCHOOL IN HOME CLOTHES AND SLIPPERS BEFORE SOMEONE OFFERED TO BUY ME A SCHOOL UNIFORM.

IT WAS NOT EASY FOR MY MUM.’

After years of being behind bars, Evelyne’s dad was released and they started rebuilding their relationship

‘ONE DAY WE JUST SAW MY DAD AT THE DOOR, AT THE TIME MY MUM HAD RENTED A SINGLE ROOM.

MY ONLY BROTHER HAD AT THE TIME GONE TO USHAGO AND WHEN HE CAME BACK TO NAIROBI HE WAS SPEAKING KILUHYA FLUENTLY AND WHEN MY DAD SAW THAT HE JUST BROKE DOWN.

HE COULD NOT BELIEVE THAT HIS SON COULD NOT TALK IN KIKUYU.’

It’s after that that Evelyne and her dad started living together as a family.

‘WHEN MY DAD BROUGHT US TOGETHER THEY STARTED TO WORK TOGETHER BRINGING STUFF FROM KAKAMEGA AND OPENED A FOOD STORE.

IT WAS DOING WELL AND THE HOUSE BECAME WELL. IN 2006 MY DAD BECAME SICK AND STARTED BLEEDING IN THE TUMMY.

ONE DAY I WAS CALLED AND TOLD THAT HE HAD COLLAPSED WHILE HAVING A GOOD TIME WITH HIS FRIENDS.

I VISITED HIM IN NAKURU ON A SATURDAY EVENING AND PROMISED TO VISIT HIM THE NEXT DAY AS MY MUM HAD GONE TO SEE MY SISTER IN MOMBASA.’

Unknown to her, the dad had already died.

‘WHEN I WENT ON SUNDAY I DID NOT FIND HIM RATHER HIS BED WAS SOAKED IN BLOOD.

I ASKED A PATIENT ON THE NEXT BED WHERE THE MAN LYING NEXT TO HER WAS AND SHE RESPONDED ‘ HUYO ALIENDA JANA USIKU.’

I DID NOT ADD ONE PLUS ONE BECAUSE I WAS STILL YOUNG SO I LOOKED FOR A NURSE AND ASKED HER WHERE MY DAD WAS AND SHE TOLD ME HE HAD DIED.'Evelyne shared

HE DIED ON SATURDAY NIGHT, IT WAS EMOTIONAL FOR US AND WE DID NOT KNOW HOW TO TELL MY MUM ABOUT THE DEATH.’