'To us you are not dead...' Read Sammidoh's moving tribute to Jimmy Wayuni 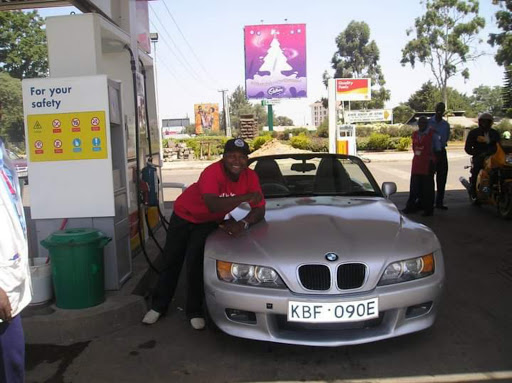 The Kikuyu vernacular music fraternity is mourning the death of Jimmy Wayuni.

Jimmy died last night after a gruesome road accident that happened in Thika road in Githurai while escorting his friend and fellow musician Kibandi Jacksam.

His car rammed into a lorry from behind and reports indicates that he was seriously injured and was rushed to St Joseph Hospital where he passed away while undergoing treatment.

Well, friends and musicians have sent messages of condolence to the family and friends.

We lost another Kikuyu music legend, Jimmy wa Wayuní, through a grisly road accident last night. Wayuni was a close friend and influenced my development so much both personally and musically. He provided a real sense of family, friendship, a mix of fun and hard work and an opportunity to grow amongst the very best musicians. He was of course a father to many of us in Kikuyu music industry.

We will all miss him as a role model and his good humoured way of delivering his message.

Among his popular songs included; Airítu a Ruiru, Mama Sululu, Útúire uhenagia among many others. To us, you are not dead. Your music ripples in our hearts."

In August last year, another Kikuyu benga musician John De Mathew also perished in a crash involving his car and a lorry near Thika town.

He has left behind a wife and four children.