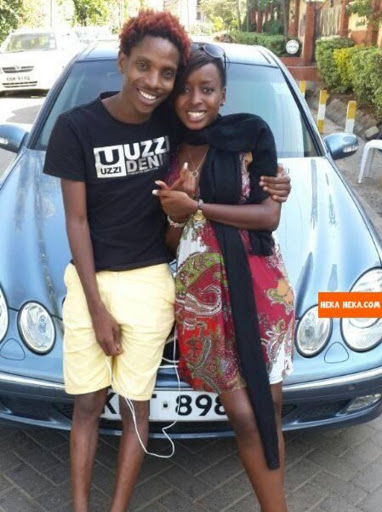 Comedian Eric Omondi had to set the record straight on who his quarantine partner is.

A while back he took a selfie with Jacque Maribe in his house chilling.

Also read all that morehahe over here.

Fans of Chantal Grazioli were heartbroken.  Question was, is Eric back with Jacque?

They were not the only ones. Reverend Lucy Natasha also wanted to know.

Eric who was hosted by Reverend Lucy Natasha on her Live IG session decided to set the record straight on what's up with his love life.

Eric said, he is a single man. A free agent. Single. Completely single.

He is not dating anyone for "personal reasons".

The comedian who set couple goals with Chantal said they are still good friends even after she broke up with him.

Eric hinted that the reason Chantal dumped him was over rumours of "infidelity".

Eric says he is very good pals with his exes and that is why they are always cordial and even still hang out together.

He is also co-parenting  with Jacque.