Inside The Life Of A Garissa Prostitute. The Pain, Hurt And Stigmatization 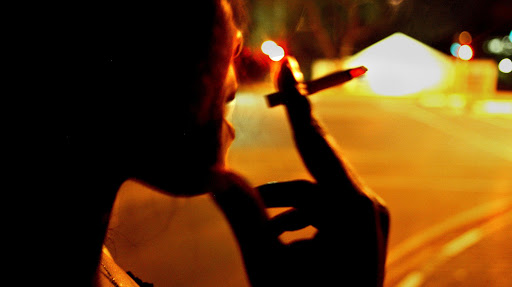 Prostitution is an age old profession. Sex work is as old as time itself. Residents in Garissa county do not want accept there are sex workers in the county.

But there are. Two of them, one local and another non-local, decided to share their story.

17-year-old *Halima Mohamed has been operating as a sex worker on DRC street for the past two years after she ran away from home when she found out she was pregnant.

“I ran away from home when I was just 14 years old. I had a relationship with an older man and when I got pregnant I could not tell my family. I was afraid that they were going to kill my baby because the man was not from our community," Halima says.

Non-locals are usually referred to as 'Nywele ngumu'. Halima says that her baby's father does recognise the child.

DRC is approximately ten minutes from the military camp where many night clubs, pubs and lodges have been erected.

Halima's life as a sex worker is not easy, she explains her bruised lower lip.

"One of my clients hit me on my mouth after I told him to pay me. When I went to report the matter to the police station, the officer only referred to me as a whore and insisted that I need not to file a complaint because of what I do for a living," she says.

"Apart from security officers, health workers are also a problem. They are the ones who stigmatize us a lot. Whenever I go to the hospital to the hospital to pick condoms, they can be heard calling us names such as haram," she adds.

"People in this county are pretenders. They do not want to accept the fact that there are sex workers yet we offer our services to both Somalis and non-Somalis," she says.

The women would go to work from seven in the evening to 10pm when the clubs close shop.

Non-locals usually wear deras while the locals wear trousers, vests and a hat to avoid being recognised.

“I make Sh3,000 in a good day which I use to support my child and I as I have no other means of earning money,” Halima says.

*Muthoni, another sex worker from Murang'a county, says she has no option but to become a sex worker after her husband left her and her child.

She also operates in DRC.

"I wish we had an organisation that would advocate for our rights. It is not by choice that we got here. Its just the circumstances," Muthoni says.

Both women said that they charge Sh500 to clients for each session. If they have sex in a lodging, they charge Sh2,000 and the client is also expected to cover the room's expenses.

In some instances, they have sex with clients in tinted Probox vehicles.

Most of these women operate on DRC street and a village called Mororo, which is the first stop after crossing the Tana River bridge from Garissa county.

"The demand for sex work is very high because of the Kismayo corridor. There many member of the disciplined forces who transit through town to Kismayo," Ahmed says.

For this reason, the NGO Sisters Maternity Home (Simaho) was established to grant sex workers with access to an integrated health system.

"Out of the 2,000 sex workers in the county, 500 are linked to Simaho," the coordinator says. "There's a need to address sex work if we are serious about reducing new HIV infections in the county."