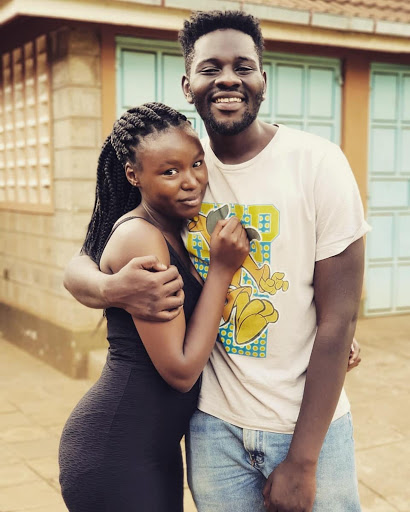 Machachari child stars Stella and Fatso are said to set couple goals for many.

We watched them grow on screen as their played their roles in the TV  comedy show.

Stella whose real names are Natasha Ngegie is now all grown and slaying.

While Fatso whose character was played by Mathew Owiti, is now far from the chubby preteen onscreen lad.

The two are said to be dating and they are setting serious goals online.

Stella cleared the air on their perceives romance. Speaking to Switch TV's ChatSpot, she responded to a question whether they are dating.

She said, "No. Never. The question pops up so many times hadi inakaa kaa ni joke kwangu. (At times it sounds like a joke to me)."

Machachari TV show was cancelled and ever since the actors have been working on other projects.

Stella shade some light on what she has been up to.

“I’ve been trying to join the music industry. I’ve been working on projects but they are not yet there. I can also do a bit of modelling,” the entertainer revealed.