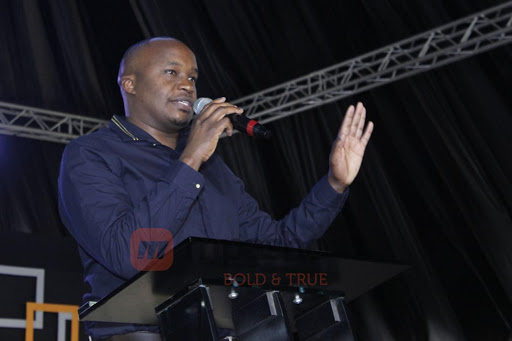 Speaking during Papa Dennis send-off ceremony, Jaguar said that most Kenyan artists go for flashy lifestyles immediately they start raking in lots of cash from music.

"When God blesses you, make sure you plan well because everyone has their time," he said.

He says that most of them think they will last for long after releasing a hit.

"Make sure you invest in music and save because most of you, the first thing you think of is moving to expensive places and marrying many wives," he said.

Jaguar then highlighted that there is no unity among Kenyan artistes.

"When it comes to a point that a fellow artiste has died and an artiste must be pushed to contribute for them, that is not good," he said.

Jaguar then thanked the artistes who stood in for Papa Dennis saying that his life changed when he decided to be a good man and solving all disputes with people.

"Love all people and work with them so that God blesses you," he said.

Papa Dennis was laid to rest last week on Wednesday.