Video of man who crashed on Langata road with Merc emerges 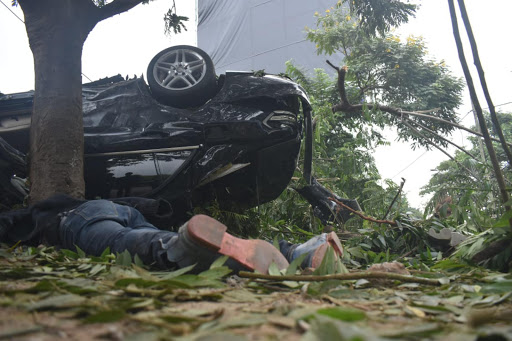 The video of the man who crashed his Mercedes Benz along Langata Road after leaving Weston Hotel emerges.

The man who is yet to be identified crashed his car at 7:20am on Sunday morning.

Witnesses and staff at the Weston Hotel begged him not to drive, to sleep it off or find a designated driver to get him home.

“Witnesses at the hotel said they tried to stop him from driving but he ignored them and took off at very high speed,” the OCPD said.

He moved past around the area, Mbagathi roundabout towards Lang’ata General shortly before he crashed. When the car hit Wilson Airport fence, it rolled several times.

Here is the video of the crash captured by CCTV cameras.