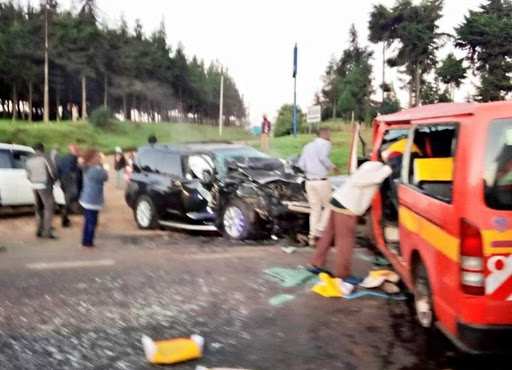 The report detailed that, "As a result of the accident the following persons were seriously injured:

2. Mr Charles Oyaro, bodyguard, aged 46 yrs, had a fracture of the right hand

3. Mr Austin Oindo,driver, aged 33yrs, had a fracture of the right leg

4. Mr Benard Kariuki Muya, driver of the matatu, was unconscious

The following persons were slightly injured:

"All the injured were rushed to kijabe mission hospital where they are admitted in stable condition apart from the matatu driver who is in a life support machine. Scene was visited and documented and all the vehicles involved towed to station yard awaiting inspection. Cause code 11 used. Case pui."