'To accept life you must accept death,' Mzee Moi's last words to Gideon 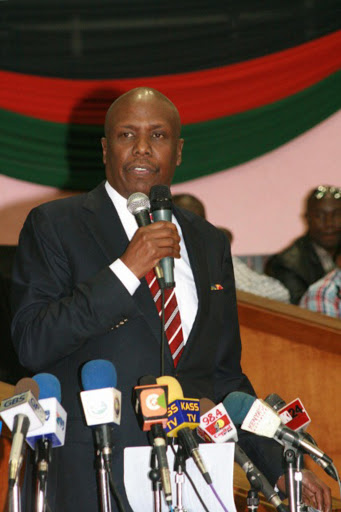 Former president Daniel Moi's son revealed some of the last conversations he had with him.

Baringo senator Gideon Moi spoke on KTN from his dad's Kabarnet Gardens home where guests have been streaming in to condole with the family.

"I stand here with humility, that you have come to condole with the family. The family is large and cannot all be here," Gideon said.

"I give my humble gratitude to all of you. He went well in peace, I was with him to the last second. I am gratified that I stayed with him all this time and did my best to possible look after him."

Speaking to Standard newspaper editors, Gideon  revealed some intimate conversations he had with Moi before he passed on.

"Mzee always told me that to accept life, you must accept death. He never feared it because he knew there was another eternal life after death," Gideon said.

"He never feared death... I am calmed with that..I am calmed that Kenyans have given their love and affection during this time."

However, before the burial, the body would lie in state at a public place for wananchi to view it.