'I was thrown out of Switzerland 9 months pregnant,' Akothee remembers 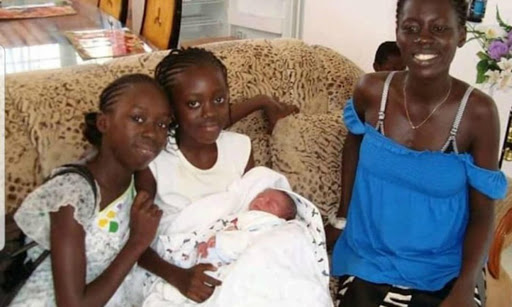 Richest singer Akothee has been through a lot of challenges in life especially in her previous marriages.

The self-proclaimed president of single mothers has always documented the harrowing experiences she went through while trying to seek love on her social media accounts.

The Shengerea Mama hitmaker said she tried to seek help from friends but their advice wasn't helpful.

I have never allowed my challenges to cover my beautiful smile, no one knew I was thrown out of Switzerland 9 months pregnant to come back to Africa, his exact words 'go back to Africa I have no time, energy to take care of you. I am not ready for a family now, you have too many children, and a man can not fall in love at 50.'

These words penetrated deep inside my stomach. I sought advice from people I knew in Europe but none was making sense to me.

1. 'Throw away your passport and no one will get you out of this country,' I was told. At the back of my mind, I was thinking about my 3 helpless girls back in Mtwapa, Bahari parents boarding school, they needed me more than I needed the swiss papers.

2. 'Go report him to the government so they will put you in a house called "frauenhouse", give you food and accommodation until the baby comes then the baby will have a Swiss passport and no one can kick you out of Switzerland,". I thought for so long and told myself I didn't commit any crime back at home, I still have my rented house at punda Milia in Shanzu, I will go back home join my kids and live in Africa than stay in jail in the name of (people will laugh at me).

Even during this time I had women who were jealous of me, hated me thinking I was living large and better life than them. They even went as far as sleeping with my baby daddy . I PRETENDED ALL WAS WELL little did they know the pain of rejection I was going through.

I never told anyone my journey or pain, even my own children diDn't know anything, not even my family. they only saw a strong hard-working taxi driver, who now opened a restaurant/ bar ( The stomp 196 in Shanzu I still don't know how I crossed the bridges and arrived at MADAMBOSS.

Advising women going through the challenges she went through back then, Akothee wrote,

Somewhere, somehow what worked for me, might not work for you, you only have one option left BE STRONG .what doesn't kill you makes you stronger! And that's how I lost my thirst for living in Europe! I adore Africa, it has my roots, where my umbilical cord was buried.."

The mother of five was at one point taken o court with the father of his fourth child, a mzungu man who wanted full custody of his kid. But Akothee won the case.