'Count me as dead to you!' Rayvanny's wife screams at him 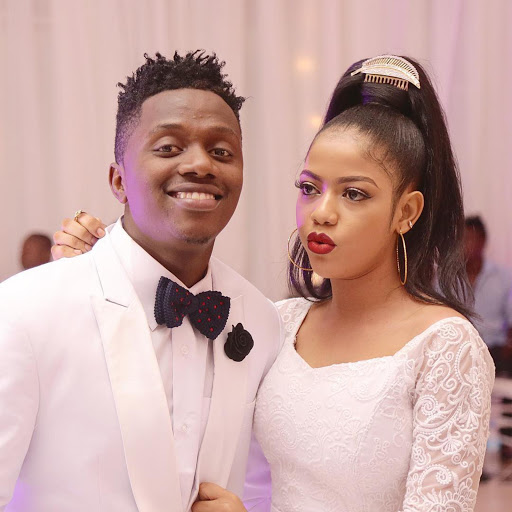 All is not well in paradise.

Diamond Platnumz' right-hand man Rayvanny posted a screenshot of a DM sent by his wife angrily telling him off.

In an Instagram post the WCB star shared a screenshot of messages he received from his wife who threatened to walk out of their marriage.

Fahyma told Rayvanny that she is not scared of walking out on him and taking their son Jaydan with them.

Leaking the intimate message, Rayvanny posted on Instagram blasting the wife saying, she is free to leave.

However, it seems like the two may have mended fences because in a recent interview with Wasafi FM, Fahyma revealed that it was a normal misunderstanding between couples and everyone goes through such.

“Kawaida tu, si unajua, it is a normal thing ambayo kila mtu inaweza kumtokea but we are fine” she stated.

It turns out their public spat was a publicity stunt to push Rayvanny's new single dubbed “I Love You”.