How could she kill herself? Mariam's hubby, John Wambua tells critics 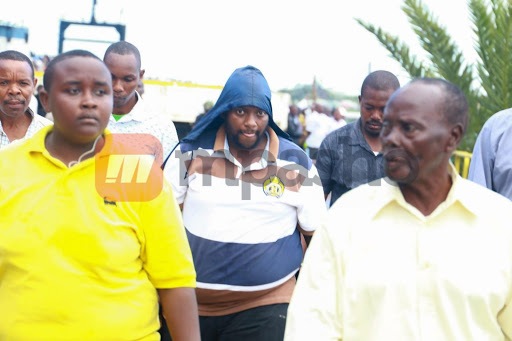 After the Likoni Ferry tragedy duo of mother and child was recovered from the depths of the Indian Ocean, the widower has spoken out.

The husband to Mariam Kighenda, and father of Amanda Mutheu came out to rubbished claims that she might have killed herself and their 4-year-old daughter.

In a candid interview with NTV, John Wambua pointez out that his wife could not have reversed the car into the Indian Ocean yet it was in parking mode and the hand brake was on.

Urging the police to carry out a speedy investigation.

"I would not want to conclude what really happened, I'm only asking the police to investigate this matter," Wambua stated.

A mourning Wambua described his Mariam as a people person, jovial and God-fearing woman.

"My wife took people's problems as her own and she would go an extra mile to help where she could. She was very hard-working. She used to manage our farm in Msambweni," he added.

Mariam nd Amanda will be buried in Makueni and the family is awaiting post-mortem results before their bodies can be released for burial preparations.