Five things that prove Muthoni the Drummer Queen is a patriot 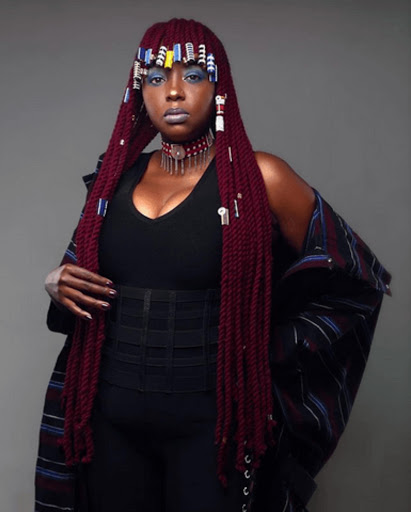 Muthoni Ndonga alias Muthoni the Drummer Queen has over the years carried the Kenyan flag to the international scene with great pride.

She is a singer-songwriter, poet, rapper, entrepreneur and a creative and has gone against all odds to prove herself worthy of representing the Kenyan flag.

Here's a list of things that confirm she is a patriot at heart and deed.

Muthoni has always been a trendsetter as far as dressing is concerned. She has always supported and promoted local designers in the country by being an ambassador in her videos and in her and photo shared online.

Being an entrepreneur and content creator, she has hosted several events that in Kenya where international artists have attended and have experienced the rich Kenyan culture. The most popular event being Blankets and Wine which she founded. It has been headlined by may Kenyan artistes as well as international acts.

Muthoni has over the years been known to have a unique style of composing songs with rapping in Kiswahili slang being the language mostly being used. She has also sung songs in praise of her motherland.

Here's a video of Nai ni ya nani where she has written in praise of Nairobi.

Gender-based forums have also been part of her passions as she has been seen actively indulging in conversations especially revolving around the girl child. She has spoken on maternity mortality, women in parliament, female genital mutilation among many other topics.

5. Interacting with the youth.

She has internationally and locally been at the forefront of youth matters over the years. Actually, she came up with a tour which is an outcome of an ongoing mentorship program with three JKUAT students known as Kipaji entertainment. She has mentored a lot of young upcoming artists who her art both in Kenya and internationally.