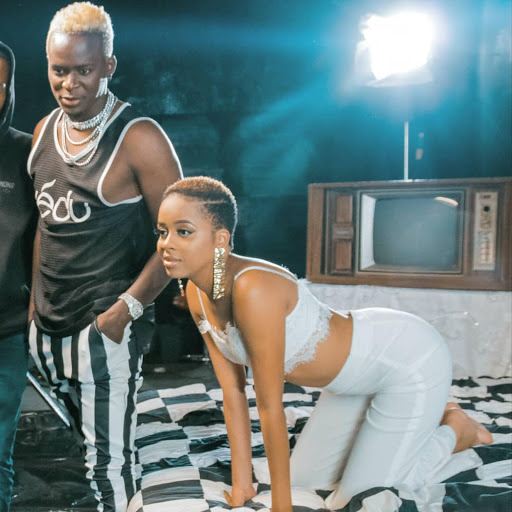 Nandy is part of the list of none Kenyan artistes KOT say should get a Huduma Namba.

The Tanzanian artiste has constantly mentioned that Kenya is her second home, even referencing that she has family here.

The last time she was here, there were rumours flying around that a certain "Mr. Money Bags" let her chop his money.

This all happened at the launch of her album at the Golden Ice club along Mombasa Road.

Word has it that Nandy arrived for her album launch in top-of-the-range cars, courtesy of a certain Mr Money Bags who picked her up from her posh apartment.

The rumors further suggested that Willy Paul was left green with envy after watching Mr Money bags pick her up yet he has shown up to pick.

Initially, the plan was for Willy Paul and Nandy to ride in the same car and come to the event together.

The rumors spread wide all the way to Tanzania that Nandy is in a relationship with a rich man from Kenya.

In an interview with Lil Ommy, Nandy was asked if "Mr Moneybags" is her sponsor. After all he was blowing dollars on her in a leaked video during her album launch.

Is this the man she is now dating after the death of the love of her life, Ruge Mutahaba?

believe it or not, I met that man in the album launch. he came in as a fan and since that day, I still do not know who that man is.

Lil Ommy went on to say that she has suddenly been living large. Wearing expensive clothes, shoes and accessories.

This is part of the reason why people have been speculating that Mr. Money Bag is her man.

Nandy still maintained that she doesn't know who the tycoon is, to date.