DP William Ruto's dream job was to drive a locomotive 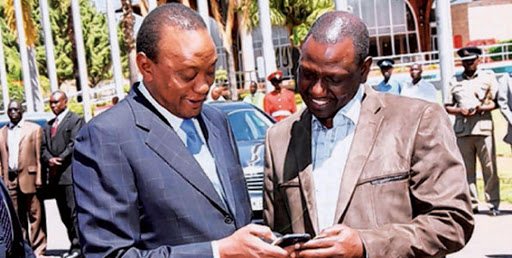 Kenya's Deputy President William Ruto has let us into his life as a true hustler. Back when no one would have believed Ruto would one day be the second most powerful man in Kenya.

Ruto opened up opened up on his long road to being the power house he is during deliberations with the Kenya National Film Festival Instructors at his Karen office.

He revealed that all he wanted and desired when he was growing up, was to drive a train. To be a captain or pilot of a locomotive.

This dream was fueled and inspired by his surroundings. At the time, his hustle was to sell chicken by the railway-line.

"Just so you know God has as a sense of humour, back then, I never thought I would be anyone. I mean, all I thought and hoped to be was a driver of a train."

"That was the best I had in mind for myself. Where I was selling chicken was close to a railway track. I used to see the trains pass by and I would tell myself, 'One day in the future I will drive this engine!'."

On a more serious note, Ruto told his visitors,

"When I talk about being a hustler, it is no joke, neither is it fun. When I hear you saying that you sell potatoes, vegetables, or cabbages, I fully resonate with your world. I know you can start as a green grocer and end up being an influential person in this country."